Writing Experiences of an Ex-Pat: The Big ‘What if….’ 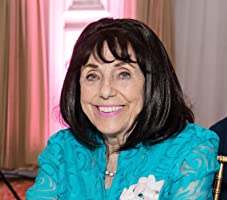 ..........offers writers a limitless world of characters, plots, settings, and time frames, a chance to change history, to bend it a little. What if Henry VIII died at birth? What if General William Sherman never undertook his famous March to the Sea? Shakespeare would have been deprived of many of the plots for his plays and Scarlett O’Hara would have had no reason to be created by Margaret Mitchell.

The good news is, much of our past provides those who write historical fiction with stepping off points for their novels, with real characters who resound throughout the ages but can be given sham qualities they never possessed in real life.

Yet, how much twisting of the truth do these books require to suit the author’s fictional story? Is it a dilemma, a difficult choice, or a decision to blithely rewrite history? For those writing non-fiction, do the same criteria apply.

The case of James Frey comes to mind as I mention it in my new novel that is – surprise! – based on a true story. Frey’s memoir, “a Million Little Pieces,” was revealed as fake although he was reported to have asked his
publisher to release the book as a novel. However, Random House decided sales would be greater as a true story. To his credit Frey admitted he fabricated and exaggerated parts of the book.

Which brings me to a personal point regarding fiction, non-fiction, and writing the truth. A few months after September 11, 2001 I was approached by a young woman who said she had been married to one of the hijackers. She wished to tell her story.  As a ghostwriter I published several memoirs, biographies, and autobiographies under my clients’ names.

Long story short, I wrote the book for her. Then I printed it out and slipped it into a drawer. I didn’t look at it either in hard copy or digital form but kept the document on my laptop and on a thumb drive during all the years since.

The pandemic, forcing writers into greater isolation than usual, and for more than a year, has changed our way of life, and in my case, shredded any writerly income I was making as a hired hand. During those 13 months I thought about books I’d written and set aside, and decided to take a second look at the 9/11 story.

For several reasons I decided to turn the true story into as a novel. Luckily, I had retained all the documents including the marriage certificate, divorce decree, photos of her with the Said Arabian she married at 17 years old, and cassette recordings of her and her family. I also had written a 40-paqge non-fiction book proposal which resulted in my being signed up by a top New York literary agent. It was 13 months after the 9/11 attacks. However, the upshot was that no publisher would touch it.  The agent suggested they were afraid of reprisals because the book provides a rare, under-the-radar- glimpse into the terrorists’ personal lives in America, their loves of strip clubs and pizza, for instance, and the kinds of activities that should have served as red flags to law enforcement agencies.

Turning the non-fiction story into fiction was easy. I had all the background I needed both on tape, with photos, and in documents. With Frey’s experience in mind I was careful to stick to the truth to back everything up but as the book was fiction, who would worry about its origin? The subtitle clearly states that the book is based on a true story.

Over the past two weeks I have received glowing reviews, all 5-star to date, and my dear neighbor, a retired CEO of a large company who writes a newsletter, said he’d be happy to give it some space. He added as an afterthought that he would have to write the subtitle’s word “True” in quotes in his newsletter. He did not believe any of it happened, that it was too far-fetched. At first I remonstrated, then told him I really didn’t care if he believed it or not. I knew the truth. I also told him he’d be mis-quoting the subtitle if he changed it to his personal preference.


Which brings me back to the point of authors taking actual history, or history as reported, and to make a book more interesting, more readable as some of our greatest writers have. There are dozens, perhaps hundreds, of books currently out there with the “Based on a True Story” subtitle.  Is there a lesson here? 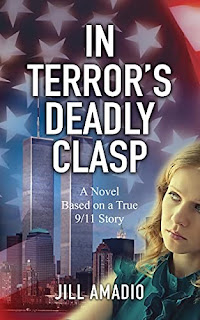 A leggy wildflower of a girl, teenage Sofia runs away from rural Oregon to big city Portland where she meets and marries a charismatic
Saudi Arabian later known as 9/11 hijacker #13.
While a slumbering America embraces feng sui and pizza she is present when terrorist sleeper cells are organized in her home, maps of
landmark buildings, airports, and bridges are studied, and teams of recruits take flying lessons.
In Terror’s Deadly Clasp is based on her true story, providing a rare, chilling glimpse under the radar of the terrorists’ daily lives as they enjoy strip clubs, fast food, and freedom from their religious rules.
After warning the FBI of the Arabs’ photo sessions, driving several men into America illegally from Mexico, and other suspicious
activities, she goes undercover for U.S. intelligence agencies with deadly consequences.