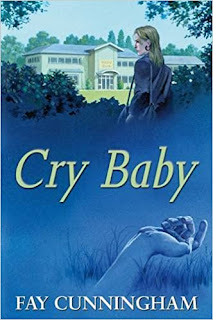 Gina Cross works for the police as a forensic artist, as she has the ability to draw the face of a dead person and bring it to life, so very useful for identification purposes.  She becomes convinced that the body of a dead pregnant teenager is connected to a missing girl, Jack Lowry’s sister. Jack is a freelance photographer who works with her on/off lover investigative journalist Adam Shaw.

The dead girl had an orange leaflet hidden in her shoe, so when an orange leaflet is put though her letter box, Gina decides to follow it up. Her investigation takes her to Willow Bank hospital where she is convinced that something is wrong, but what? Megan, Gina’s assistant decides to conduct her own investigation and in doing so puts herself in grave danger, and ultimately also Gina.

There were some good characters, and despite Gina’s annoyance with him I liked Adam.  Whilst I did work out what was going on, there were still some surprises in store for me. An enjoyable mystery, I hope that there will be another adventure for Gina.
-----
Reviewer: Lizzie Hayes

Fay Cunningham was born in north London. She has been shortlisted for the CWA Debut Dagger prize three times and has had a number of short stories published in women's magazines. Her previous novel Sleeping Dogs, which also featured Gina Cross, was also published by Robert Hale.