‘No Consent’ by L.J. Sellers and Teresa Burrell 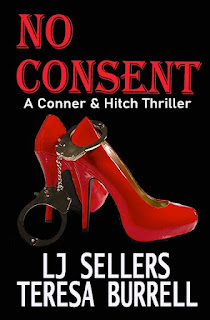 Nate Conner’s joy at being released from prison after nine months is short lived. Barely had he raised his face to breathe in the warm salty San Diego air than he is grabbed by a former colleague in crime who demands money with heavy menaces.

But Nate is determined to go straight and manages to take refuge at his sister Nicole place, Nico’s Parrot Rescue, a five -acre property out in the sticks. Providing he helps with the parrots. Not Nate favourite job - cleaning up bird poop, but beggars can’t be choosers. Besides he loves his sister Nicole. In fact, all his sisters, and he is especially worried when he learns that young Kaylee is missing.

So, Nate has quite a lot to do, check in with his probation officer, find a job, and look for Kaylee.

When released from jail a newly released inmate has only twenty-four hours to check in at the SD probation department. So, first thing on Nate agenda is doing just that. Tearing up the stairs and rounding the corner to the next flight he collides with someone he recognises, District Attorney Clara (Hitch) Hitchens. She eyes him ‘I hope you’re staying out of trouble’.

He recalls that she had given him a break and offered him a programme to keep out of jail, but he had blown it. When asks for her help telling her that he was set-up, who by, and how. Clara says, Go see your PO and then call me and we will have a meeting in my office,

And so, a partnership is born. Clara knows that something corrupt is going, but exposing another DA is not going to be easy. Just how far, and to how many does the corruption stretch? Who can she trust? Not to mention the high-profile trial she is prosecuting which seems to be slipping from her grasp.

Nate starts to do the rounds of clubs and places that Kayley had frequented but no one seem to have seen her recently. Then   Nate is taken in for questioning for the murder of the guy who testified against him, and it all goes downhill. Clara is a prosecutor, and in this situation, she cannot help him, but she knows a man who can – but will he?

As things go from bad to worse, there is another murder. Can Nate and Hitch win against all the odds stacked against them?

Fast paced with plenty of twists, that kept me turning the pages. This is a terrific book. I loved the characters and understand that this maybe the first in a new series.  I certainly hope so. Most highly recommended.
-------
Reviewer: Lizzie Sirett 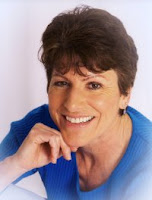 Teresa Burrell has dedicated her life to helping children and their families in both the courtroom and the classroom. As an attorney in San Diego, Burrell maintained a private law practice for twelve years, which specialized in domestic, criminal, and civil cases. Her work in juvenile court focused on representing abused minors and juvenile delinquents. Burrell has received several awards and special recognition from the San Diego Volunteer Lawyers for her countless hours of pro bono work with children and their families. Burrell has also enjoyed a satisfying career as a teacher. She has taught children of all ages with diverse backgrounds and special needs. After creating an after-school program that kept kids off the street, she received a community service award. Now in semi-retirement in California, Burrell continues to educate groups about social issues impacting children and write novels, many of which are inspired by actual legal cases. She is the author of The Advocate Series which now contains five novels.
www.teresaburrell.com
Posted by Lizzie at 15:11