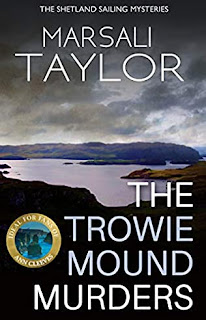 I read this as an ebook.  It is the second in a series about Cass Lynch, a very capable sailor, who lives on her boat in the Shetlands.    Her early schooldays were on the Shetlands but then she spent time in France with her French mother. Her passion for boats proved overwhelming so she left France to pursue it. She becomes embroiled in a series of mysterious events while working as sailing instructor to local children.  Her Norwegian friend, Anderson, lives on the boat too as does his pet rat.

Cass and he witness the arrival of two boats in the port  and become concerned at the failure to return to their boat by one of these couples.  Other peculiar incidents have to be factored in and evaluated as the story advances.  The picture of the life of Shetlanders is fascinating as is the sailing detail.  Various characters enter the tale as a climax of violence and death is reached. Cass realises that the local site known as the Trowie Mound (a Neolithic tomb) is crucial in this mystery.  The solution to the trail of happenings, some criminal and others irrelevant to the central mystery, is triumphantly achieved. The characters are well delineated, so the reader feels fully involved with their concerns.  The book has a list of Shetland terms explained at the end but, in fact, these words and grammatical constructs are possible to understand without any reference to the list. I had not read the first book about Cass and found this book successfully stood alone.
------
Reviewer: Jennifer S. Palmer
The first adventure for Cass was Death on a Long Ship The third story is already available and it is called A Handful of Ash. 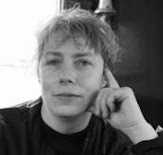 Marsali Taylor grew up near Edinburgh and came to Shetland as a newly-qualified teacher. She is currently a part-time teacher on Shetland's scenic west side, living with her husband and two Shetland ponies. Marsali is a qualified STGA tourist-guide who is fascinated by history, and has published plays in Shetland's distinctive dialect, as well as a history of women's suffrage in Shetland. She's also a keen sailor who enjoys exploring in her own 8m yacht, and an active member of her local drama group.