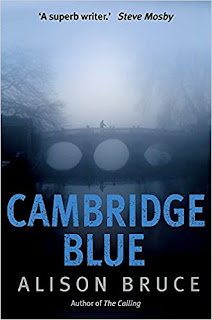 In the prologue we meet Jackie Moran, and in chapter one we meet Lorna Spence, then when the body of a young woman is found on Midsummer common we meet DC Gary Goodhew, a new young detective at Cambridge’s Parkside Station.

The story follows the lives of the suspects and the police in almost equal measures, which makes for a balanced view for the reader.  DI Marks is both impressed and alarmed by his newest detective, who clearly has his own methods, ones that if not curtailed maybe could end his career. Meanwhile DC Kincaide is following his own agenda which does not in any way coincide with Gary’s. A second killing pushes Gary to take risks, all the while nursing hopes that the outcome won’t be what he fears.

I loved the writing and found all the characters well fleshed out.  Whilst an interesting murder mystery, much of the holding factor of the book lies in the complex relationships within families and the workplace. An excellent debut novel well-paced and gripping. I hope that this is the start of a series.
------
Reviewer: Lizzie Hayes 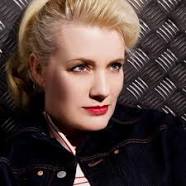 Alison Bruce was born in Croydon and grew up in Wiltshire. She has worked in all kinds of jobs, from admin to electro-plating and from DJ-ing to IT management. She didn't always plan to become a full-time novelist but can't remember a time in her adult life when she wasn't carrying a notebook and pen and jotting down ideas. One day an idea grabbed her so strongly that she decided to tackle a full length novel.  Alison had moved to the Cambridge area in 1998 and decided to make it the backdrop for the books because of its unique mix of characteristics. It is a relatively small city but has a worldwide reputation for education and science. On its doorstep lie tiny and relatively primitive rural hamlets yet it has an airport and fast rail links into London. It is traditionally English but multi-ethnic, vastly wealthy in places but under privileged in others. Alison Bruce has also written two non-fiction books, Cambridgeshire Murders and The Billington, Victorian Executioner, both published by the History Press.
Posted by Lizzie at 19:48