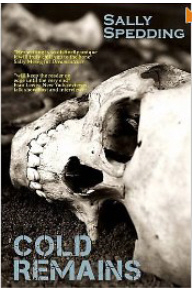 For Jason Robbins things have not been going well, recently made redundant, evicted by his brother from his flat share and still traumatized from events in Basra, he answers an advert to attend a writing course at Heron House in deepest Carmarthenshire to be inspired to write a best seller by top fiction writer Monty Flynn.

Arriving at Heron House things are not quite as described in the advert. Collected at the station by ex-artist Helen Jenkins, Jason’s illusions of the ‘all modern comforts,’ and ‘cordon bleu’ cooking are immediately shattered, added to which he learns that the talented Monty Flynn is a big time lush. Coupled with the weird servants Idris and Gwenno Davies, the latter who seems to exercise power over her employer, the whole set-up seems odd, but Jason has nowhere else to go.

Both Jason and Helen Jenkins experience some strange unexplained occurrences, of the goose-bumps variety. When they discover a dead body, they draw together to uncover the killer and uncover the secret of Heron House and the weird events that they are both experiencing. But they have no conception of the power and evil that lurks within Heron House.

The present-day events are interspersed with a narrative by Lionel Hargreaves from October 1946, for the horror of Heron House has it’s origins in the past. In order to make sense of the past Jason and Helen attempt to discover who actually owns Heron House, but it, and its previous occupants are shrouded in mystery.

Cold Remains is chilling story, at the heart of which is the tormented soul of a young woman. But is she to be trusted? As Jason and Helen seek to uncover the truth, they put themselves in great danger, for there are powerful people behind the secrets of Heron House and they will do anything to ensure that everything, and I mean everything, remains buried.

As with all good mysteries not everyone is what they seem, and Cold Remains is no exception. There are many surprising twists which keep the reader turning pages, although at times I was almost too scared to continue reading.
-----
Reviewer: Lizzie Hayes 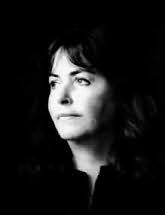 Sally Spedding was born by the sea near Porthcawl in Wales and trained in sculpture in Manchester and at St Martin's, London. Whilst her work was demand, Sally began to realise words can deliver so much more than any narrative sculpture or painting. Her first crime mystery, Wringland, was published in 2001 and has a strong historical thread and is set in the bleak fenland around Sutton Bridge. Her second book Cloven also invokes the past. Sally has written a further seven novels. Her strong familial connections with the Pyrenees, Germany and Holland have provided her with themes of loss and exclusion. The dark side of people, and landscape. The deceptive exterior, the snake in the grass are all themes which recur in her writing. In 2018 she started a series featuring DI John Lyon. There are three books in the series. More recently she has a series of four books set in France featuring Lieutenant Delphine Rougier of the French Labradelle Gendarmarie.