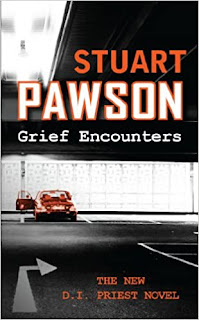 Attending the monthly superintendents meeting, DI Charlie Priest is shocked when DCS Colins Swainby makes a short statement to the effect that he expects to be asked for his resignation owing to certain allegations that have been made against him. The meeting has further shocks in store for Charlie when a DI from Halifax passes some photographs round showing the dead body of a women whom they are having difficulty in identifying – Charlie recognises her.

The action switches between two couples who are conducting a series of scams, and DI Charlie Priest who slowly pieces together several unrelated events and gets on their trail.

The weaving together of the different strands of the investigation is cleverly achieved. One of great strengths of this series is the humour, which is much in evidence in this book, making this another very enjoyable entry in this series. Recommended.
------
Reviewer: Lizzie Hayes

Stuart Pawson (1940-2016) started out working as a mining electrical engineer and worked part-time for the probation service, which gave him knowledge of the criminal justice system. It was with that knowledge that he used to write his first book, The Picasso Scam.