‘Trick of the Dark’ by Val McDermid 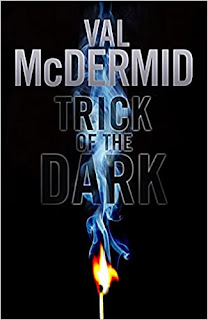 Charlotte (Charlie) Flint, forensic psychiatrist is in turmoil, firstly she is currently suspended awaiting a hearing by the GMC which will decide whether she can be reinstated, and secondly because she is in love, normally a happy situation, but when you have a partner of seven years, whom you still love, not so good.

She receives through the post a bundle of photocopied sheets that refer to a murder at the Old Bailey, and against her better judgement, becomes interested in the murder of a 28-year-old woman, Magda Newsam, whose husband was murdered on their wedding night, by his two business partners.

The main POV’s of the story are related by Charlie Flint and Jay Stewart, the connection between these two characters being that both were undergraduates at St Scholastika’s College, Oxford and that Corinna Newsam, mother of Magda Newsam, was their tutor.

As Jay Stewart, a successful businesswoman currently writing her second memoir following the amazing success of the first, is now in a romantic relationship with Magna Newsam, Corinna suspects that the Jay may have had something to do with her son-in-law’s murder, and so she asks Charlie to look into the death.

Whilst the mystery is intriguing, and brilliantly plotted, for me the strength of the book lies in the relationships of the characters. And while in some respects they bare their souls, the reader is aware that much is held back, or in some cases could memory be faulty, or do we remember things as we want to remember them not how they were, and in many instances, we suppress the truth even to ourselves.   Different from much of her earlier work this is Val McDermid at her best.  Highly recommended.
-----
Reviewer: Lizzie Hayes 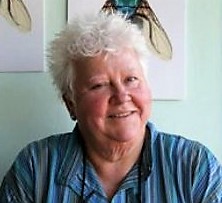 Val McDermid grew up in Kirkcaldy on the East Coast of Scotland. Val was accepted at 17 to read English at St Hilda’s College, Oxford, one of the youngest undergraduates they’d ever taken on, and the first from a Scottish state school. She worked for fourteen years on national newspapers in Glasgow and Manchester, ending up as Northern Bureau Chief of a national Sunday tabloid. Her first book Report for Murder was published by The Women’s Press in 1987. She finally gave up the day job in April 1991, and has been making her living by writing ever since. She still reviews regularly for various national newspapers, and also writes occasional journalism and broadcast regularly on BBC Radio 4 and BBC Radio Scotland. Val divides her year between writing and promoting her work at home and abroad. ,