‘The Last 10 Seconds’ by Simon Kernick 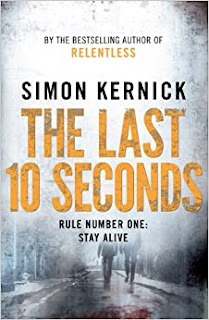 DCI Tina Boyd is chasing down a brutal violent killer, dubbed ‘The Night Creeper, who tortures young women to death.

Sean Egan who found the life in the police force too tame has for the last ten years worked undercover.  He has finally managed to infiltrate one of London’s most dangerous criminal gangs, but the mission is unauthorised, and Sean has his own agenda.

The action covers a thirty-seven-hour period, and during that time The Night Creeper is captured, and Sean Egan crosses the line.

When Sean discovers that his recruitment to the gang is to abduct The Night Creeper from police custody, he wants to know who wants it done and why?  And so, the lives of Tina Boyd and Sean Egan collide.

The action is unrelenting, and exciting. As the action unfolds we learn the background to Sean’s obsession with this particular gang, and to Tina’s problems.  But they are dealing with dangerous people and soon it is clear that someone wants The Night Creeper dead and if they get in the way, they are expendable.

This is a real page-turner. Recommended.
-----
Reviewer: Lizzie Hayes 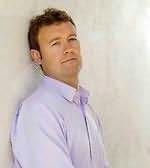 Simon Kernick is one of Britain's most exciting new thriller writers. He arrived on the crime writing scene with his highly acclaimed debut novel The Business of Dying, the story of a corrupt cop moonlighting as a hitman. However, Simon's big breakthrough came with his novel Relentless which was selected by Richard and Judy for their Recommended Summer Reads promotion, and then rapidly went on to become the bestselling thriller of 2007. Simon's research is what makes his thrillers so authentic. He talks both on and off the record to members of Special Branch, the Anti-Terrorist Branch and the Serious and Organised Crime Agency, so he gets to hear first hand what actually happens in the dark and murky underbelly of UK crime. To find out more about Simon Kernick and his thrillers, please.
www.simonkernick.com.
Posted by Lizzie at 19:45