‘A Watery Grave’ by Jean Chapman 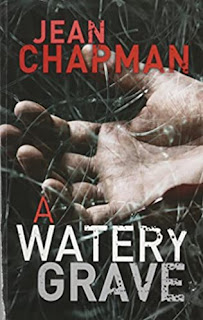 Returning from his morning jog ex-Met Officer John Cannon becomes entangles in a fishing-line and endeavouring to untangle himself finds a body. Currently having renovations done to the stable block attached to the pub he and his partner Liz run in the Fenlands, he is shocked to recognise the victim as one of his builders.

With this death and the unexplained absence of his other builder, John, coupled with some information that unexpectedly comes into his hands, finds himself entangled in more than just fishing-line.  His involvement in the case is not welcomed by Inspector Franklin Jones of the local police who is convinced that John is involved, and not in a good way.

As with all good stories people are not what they seem. Alan Hoskins, the pub's best customer, always first in and last out, who John realises he doesn't really know anything about him at all. As his investigations lead him on the track of a wealthy businessman, he finds help in unexpected places, and danger with every step he takes.

This is a good mystery that moves along at an exciting pace. A most enjoyable read.
-----
Reviewer: Lizzie Hayes 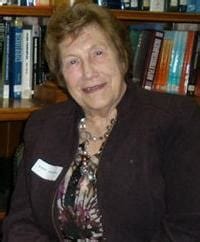 Jean Chapman  began her writing career as a freelance journalist before goingon to write fiction. She is the writer of some romance novels and many shortstories. Her debut novel The Unreasoning Earth and The Red Pavilion were both shortlisted for the Parker Pen Romantic Novel of the Year Award, she also obtained the RNA Major Award. Jean Chapman was elected the twenty Chairman (2001-2003) of the Romantic Novelists Association and she is the three-time President of the Leicester Writer's Club. She is a lecturer in creative writing.  She has taught and lectured and spoken widely on creative writing and tutored on-line for Nottingham Trent University. She has acted as a reviewer and appraiser for East Midlands Arts and Readers' Digest. Jean Chapman lives in a small village in Leicestershire, England.