‘Fear the Worst’ by Linwood Barclay 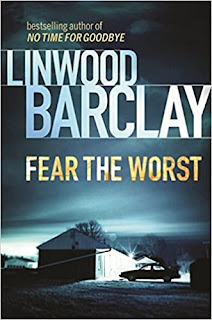 Tim Blake and his wife Suze have been apart for some years. Tim’s seventeen-year-old daughter Sydney is staying with him for the summer. The worst day of Tim’s life started out pretty normally – breakfast and an exchange of words with Sydney as to where she got the expensive sunglasses.

But Sydney doesn’t come home and checking at the Just Inn Time motel where she is working elicits the information that she doesn’t work at the hotel and they have never heard of her.  So where has she been working?  Her friend Patti says she hasn’t heard from her, no one has. Tim sets up a web site and canvasses all the surrounding shops near the hotel, but no one has seen her.

But one thing comes through clearly someone else is also looking for Sydney!  So Tim concludes that at least for the moment she is probably alive. But why did she disappear, and why is someone looking for her - what has she gotten into?  And who will find her first?

Initiually the police appear to be on his side, or at least ready to listen to him, but when a body turns up, he becomes number one suspect and then he really is on his own.

An exciting thriller which finds an ordinary man thrust into an extraordinary situation. His wife Suze is now living with a successful man in the automotive industry. I didn’t take to Bob that much but he had an  amusing turn of phrase that gave me a laugh.

And no, I couldn’t put it down, I had to finish it in one sitting, even if it was 4.30am when I finally got to the last page.  Highly recommended.
------
Reviewer: Lizzie Hayes 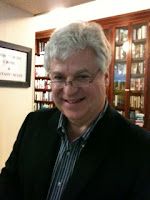 Linwood Barclay was born 1955 in Darien, Connecticut.  After graduating high school Barclay studied literature at Trent University in Peterborough. While at university, he began a correspondence with Ross Macdonald that proved inspirational for Barclay. They met once, at which time Macdonald inscribed one of his books to Barclay, "For Linwood, who will, I hope, someday outwrite me." After graduation, he could not sell any of his novels so he found work on a number of local newspapers, starting his journalism career in 1977 at the Peterborough Examiner, moved on to a small Oakville paper in 1979, and then to the Toronto Star in 1981 where he was, successively, assistant city editor, news editor, chief copy editor and Life section editor. He lives in Toronto with his wife, Neetha and two children.