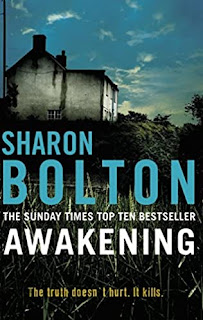 Clara Benning is a vet living in a small rural village in Dorset.  Clara’s work is at a hospital treating sick and injured wild animals.  Thus, Clara lives a reclusive life taking no part in village life, mainly owing to a facial disfigurement that makes her wary of any sort of social contact.

But she is thrust into village life when she takes a telephone call one morning from a distraught young mother who has found a snake in the cot with her baby.

This is not the first encounter with a snake that the village has experienced, and already there has been one death from a snake bite.  So, when a village meeting is called at the home of millionaire Clive Ventry, Clara finds herself unwillingly thrust into the limelight as an expert on snakes. Suddenly Clara is just where she doesn’t want to be – the centre of attention.  As more snakes appear in the village, she comes into contact with her neighbour, a nurse called Sally and her next-door neighbour’s Matt Hoare and Sean North, a reptile expert who presents a TV wide life programme.

Assisting an old lady in the village, Clara’s interest is caught by reference to a fire that burnt the village church down in 1958 and that this is tied to the return of the snakes. But as Clara tries to find out more she runs up against a blank wall – no one will talk about the tragedy.  As Clara attempts to uncover the truth behind the fire she finds herself in all kinds of trouble, but exactly from whence does it come after all this time?

Reading this book I learnt a great deal about snakes, all of it interesting and some of it utterly fascinating, but nothing that makes me want to ever encounter one. Whilst I am prepared to believe that they don’t feel slimy to the touch, but have skin like silk, I still don’t have any desire to hold one.

The story itself was intriguing, and compelling, one of those books that you can’t put down. Recommended.
------
Reviewer: Lizzie Hayes

Sharon Bolton (previously S. J. Bolton) was born and brought up in Lancashire. As a child, she dreamed of becoming an actress and a dancer, studying ballet, tap and jazz from a young age and reading drama at Loughborough University. During her Loughborough years she performed at the Edinburgh Fringe Festival. She spent her early career in marketing and PR before returning to full-time education to study for a Masters in Business Administration (MBA) at Warwick University, where she met her husband, Andrew. They moved to London and Sharon held a number of PR posts in the City, including working at The British Insurance and Investment Brokers' Association, The Solicitors Indemnity Fund and (as a temporary contract) National Savings. She left the City to work freelance, to start a family and to write. She and Andrew now live in a village in the Chiltern Hills, not far from Oxford, with their son