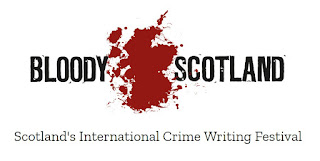 The Glencairn Glass launches its first ever crime short story competition with the theme:
“A Crystal Clear Crime”

For the past two years, the world’s favourite whisky glass – The Glencairn Glass – has featured as headline sponsor of the prestigious McIlvanney and Bloody Scotland Debut crime-writing prizes, celebrating the finest in Scottish crime writing talent. This week The Glencairn Glass is building on this creative collaboration by launching its very own crime short story competition, in partnership with Scottish Field Magazine.
The Glencairn Glass is looking to celebrate up-and-coming literary talent through this exclusive competition from October to December.

The competition opens for entries on 20th October and runs until 31st December, inviting all budding crime writers to build their stories around the theme: ‘A Crystal-Clear Crime’ in no more than 2000 words.

The judging panel for the inaugural competition will comprise Deborah Masson, 2020 winner of the Bloody Scotland Debut Crime Novel of the Year with her book ‘Hold Your Tongue’, Peter Ranscombe, Scottish Field’s drinks columnist and author of the historical thriller ‘Hare’, as well as Glencairn’s marketing director Gordon Brown, who has written eight crime novels with his latest, ‘Thirty-One Bones’, written under the pseudonym Morgan Cry.  Gordon is also one of the founding directors of the Bloody Scotland International Crime Writing Festival.

Gordon Brown commented: “We’re very excited to be launching the Glencairn Glass crime short story competition, supported by the team at the Bloody Scotland International Crime Writing Festival along with the Culture and Business Fund Scotland, working with Scottish Field. We are delighted to invite both experienced and novice authors, alike, to take a stab at entering (excuse the pun!) and wish all entrants the best of luck.”

Three prizes will be available for the winning trio of authors: the first prize winner will receive £1000, whilst the two runners up will each receive £250. All three winners will also receive a set of six bespoke engraved Glencairn Glasses to enjoy their favourite dram with. The overall winning entry will be published by Scottish Field in spring 2022 as well as on The Glencairn Glass website.

All short story entries must be uploaded at
www.whiskyglass.com/crime-short-story-competition
with the competition closing at midnight on the Friday 31st December 2021.
Details can also be found at www.scottishfield.co.uk.
The winners will be announced in March 2022.