‘Bury Your Dead’ by Louise Penny 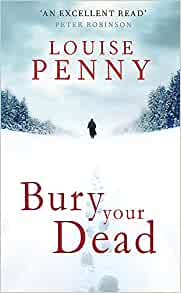 Bury Your Dead is set mainly in Quebec City, although Jean-Guy Beauvoir is despatched by Chief Inspector Armand Gouache to the village of Three Pines for a short holiday, but in truth to make further investigation into the murder of the hermit which was resolved in The Brutal Telling, and about which Armand Gouache is uneasy.

It’s quite a fascinating book, dealing as it does with three stories, that of the founder of Quebec, Samuel de Champlain who died 400 years ago, and whose body has never been found. That of the archaeologist who has spent his life trying to find Samuel de Champlain’s body and has now been murdered. And of course, the murder in Three Pines which is still causing Armand Gouache disquiet, even though the killer is now behind bars.

We learn quickly that Armand Gouache is on leave following a police action that he led, and that went wrong. Gouache is consumed by grief and guilt.  But we find this out piecemeal as his recollections of the incident and the events leading up to the tragedy are dribbled into the narrative.

Firstly, let me say I enjoyed the book, and the research is clearly faultless. The writing is brilliant, although the slow drip of information concerning Gouache’s painful recollections of the events leading up to his ‘mistake, was a little frustrating. But them on reflection it did keep me turning the pages.

The description of winter in Quebec is very atmospheric, and the ending had a couple of delicious twists. In all a good mystery. Recommended.
-----
Reviewer: Lizzie Hayes 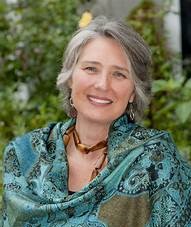 Louise Penny was born in Toronto in 1958 and became a journalist and radio host with the Canadian Broadcasting Corporation, specializing in hard news and current affairs. Her first job was in Toronto and then moved to Thunder Bay at the far tip of Lake Superior, in Ontario. Louise had always dreamed of writing and says, ‘Michael's support allowed me to quit work to write’.  Louise and Michael were married for 20 years. He died September 2016. The Chief Inspector Gamache books have found a world-wide audience, won awards and ended up on bestseller lists including the New York Times’. Louise says Gamache was inspired by her husband, a kindly, thoughtful, generous man of courage and integrity. She lives outside a small village south of Montreal, quite close to the American border