News From the Continent by Gitta Edelmann 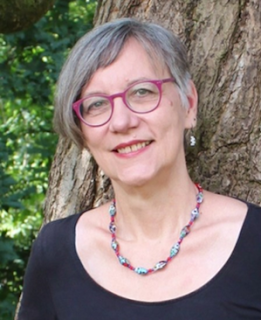 Every story needs a setting. The crime must be committed somewhere. And often a writer chooses the same area for a whole series – normally a place they know well. But would you call Reginald Hill, Ann Cleeves, Ian Rankin or Val McDermid writers of local or regional crime novels? Probably not. Though their novels show most of the characteristics of the subgenre that is labelled Regio-Krimis in Germany.

The plot of a Regio-Krimi is set in a special region or town/city in Germany. There is an investigator well-connected to their home area though sometimes an outsider has to work out the special features of the setting. The town or landscape becomes a central character of the story. Often you find quirky local characters and maybe clichés, too.

Why give this sub-genre a special label? When and why did it start? I volunteer this explanation:

For a long time German crime novels were considered cheap formula fiction. Serious and good crime fiction only came from Britain or America. So, when at the end of the 1980s a publisher started a new line of German crime novels written by German authors and set in Germany this was new and different from ever before. To distinguish the books from crime fiction that had been translated from the English they were called Regionalkrimis or later Regio-Krimis.

The idea was successful. A wave of regional crime fiction swept over the country that has not yet stopped, though I have noticed some change in the last few years. There are several, mostly regional publishers focusing on the genre, but big publishers also have their fingers in this pie. Sometimes the authors are well-known or even best-selling, but often they are popular only in their own region. The main issue about a Regio-Krimi is not the writer, nor even the plot – it’s the setting. Though sometimes an author’s name becomes a synonym for a region.

Many readers seem to like books set in a place they know or somewhere they would like to go. To make it easier to find the right whodunnit, subtitles on the cover show you whether it is a Berlin-Krimi, an Insel-Krimi (set on one of the North Sea islands), an Alpen-Krimi or an Eifel-Krimi. You might not know the Eifel – it’s a low mountain range in western Germany and eastern Belgium – but if you take all the crime novels that have been set there and count the murders, it is probably the most dangerous place in Germany!

Usually, the setting is described with all its good and bad sides, there might be well-known buildings, renowned personalities, historical events, speckles of the local dialect and temper. People from the north of Germany are said to be taciturn, in Cologne they are talkative and like to party. And thus the chosen settings give backgrounds to different kinds of stories in the same way that Yorkshire, London and the Outer Hebrides do. But here you find them mentioned on the book cover.

The authors often live in or come from the places they describe, or they have a special connection to the region. They might be well-known, even best-selling writers but here you also find hobby authors. Regio-Krimis can be good entertainment and are often bought in the holidays or during a city trip. But they can also be quite boring if you have to follow the protagonist in his daily commute described with all the street names and detailed sights... Yes, Regio-Krimi can also be used as a derogatory term when the regional setting becomes more important than the story itself. Indeed, there are the good, the bad and the funny! And I’m not sure there is a place in Germany where no literary murder has been committed.

For many years the Regio-Krimi set in Germany dominated the scene. Publishers used to look at a submitted manuscript and ask if the book could be marketed and sold regionally. If an idea was not saleable in this way, the cards were often stacked against the writer.

Though readers still seem to like a regional setting for their favourite mysteries, I have meanwhile noticed a change. It is no longer Hamburg and Munich or some village on the river Rhine that dominate the subtitles but Brittany, Majorca, the Algarve or Copenhagen. German readers have discovered Urlaubskrimis - holiday crime.

The concept is the same – the setting is the crucial factor why people buy a book. This holds true for other genres, too. Romantic stories set in Scandinavia, France, Spain or Italy are a hit these days. Readers want to relive their holidays or get an impression of the place they are going to see without reading a guidebook. Armchair travelling has become a serious hobby and often it’s murderous.

So, this is a new challenge for us German writers – find an attractive region or a tourist-infested city in Europe and know enough of the place and the people (and probably the police system) to commit a crime there and solve it, too. The up: Finally, we have the opportunity to go for wonderful research trips to beautiful places. The down: We can’t. There is Covid19. Research has become harder during the last few months, and you are lucky if you have enough memories, photos, friends and WiFi to get your setting right.

Fortunately for me, Scotland is a beautiful area and Edinburgh is a highlight for tourists as my newest series MacTavish & Scott is set there. So, it should attract readers of Urlaubskrimis, too. My next royalties statement will show if I am right. On the other hand, Britain has never really gone out of fashion – the British crime tradition is too strong. But for quite some time it was difficult for German writers to get something published that was not set in Germany. This has now changed.

What comes next? New Zealand? The Caribbean? Brazil? Romance writers already choose these places of longing for their novels. Probably, it won’t take too long until crimes galore are committed there, too.
---
Gitta Edelmann is a German writer, member of the Mystery People and several German writers‘ organisations. She mainly writes crime fiction for adults and kids and whenever she switches to historical novels or even romance there will probably be a crime in the story too.