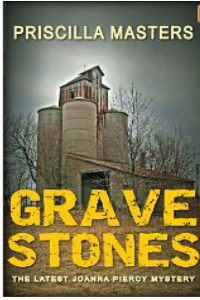 Returning tanned and relaxed from her holiday in Spain with her lover, pathologist Matthew Levin, DI Joanna Piercy is fast brought down to earth first by the appalling Staffordshire weather and secondly by being presented with a dead body found on the prestigious Prospect Farm Estate

Although a select development, all is not happy with the inhabitants. The farmer Jakob Grimshaw had kept himself afloat by selling off a parcel of land to local property developer Gabriel Frank.  Frank had been convinced that he would eventually secure all the land including the farmhouse and make a financial killing, but old Jakob was a cunning wily old boy, and so his run-down farmhouse continued to be a blot on the landscape to the Prospect Farm Estate inhabitants.

Joanna also has her own personal situation to deal with. Whilst her relationship with Matthew is good, Matthews daughter Eloise continues to be a thorn, and a thorn that appears to be moving ever closer.

This is an ingenious mystery where suspects and motives abound, but Joanna finds it difficult to actually get a handle of any of them, but with her usual tenacity she begins to unearth their secrets, and boy do they have secrets.  Skilfully Priscilla Masters pulls the threads together and a perplexing mystery is solved, but will she find the solution to her personal situation.  Brilliantly crafted.
------
Reviewer: Lizzie Hayes
There are eight previous books in this series: Winding Up the Serpent, Catch the Fallen Sparrow, A Wreath for my Sister, And None Shall sleep, Scaring Crows, Embroidering Shrouds, Endangering Innocents and Wings Over the Watcher