‘Dead of Winter’ by Elizabeth Corley 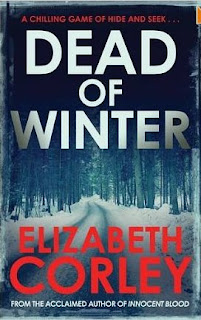 In the sixth book in the series featuring Andrew Fenwick and Louise Nightingale, Louise is now an Inspector resident in Sussex and currently investigating a series of nasty rapes, while Andrew Fenwick is now a Superintendent heading the Major Crime Squad. When a case MCS are working show possible links to Nightingale's case, they are back in contact.

With disappearance of privileged Isabelle ‘Issie’ Mattias from her college, Andrew Fenwick comes under considerably pressure to find the girl.  Her stepfather is rich, and short of temper and quickly shows nothing but contempt for the police and Andrew Fenwick in particular.  As the investigation proceeds events of possible past abuse surface.  With time passing and no real solid leads, Andrew comes under fire not only from the girl’s stepfather but also his senior officers.

This is a gripping story told from multiple points of view, Louise Nightingale, Andrew Fenwick and the missing Issie, whose plight becomes more dangerous by the minute, threatened not only by her captor but also the icy winter weather. I was chilled to the bone just reading it. The hunt to find Issie is compelling reading enough but is further enhanced by the on/off relationship that exists between Louise and Andrew. Will they, won’t they?  Will one of them declare their feelings? Highly recommended.
------
Reviewer: Lizzie Hayes 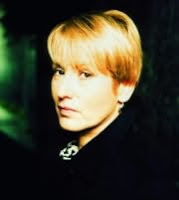 Elizabeth Corley  was born and brought up in West Sussex. Married with a stepdaughter, she manages to balance her crime-writing with a position as Chief Executive, Europe for a global investment company. A one-time committee member and vice-chairperson of the Crime Writers' Association, she is still an active member, while finding time to pursue her outside interests of travel, gardening and music. There are five books in the Detective Inspector Andrew Fenwick mystery series.