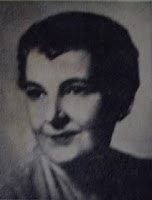 Elizabeth Daly (1878-1967) was born in New York City and educated at Bryn Mawr College, Pennsylvania and Columbia University. She was a reader in English at Bryn Mawr and tutored in English and French. She was awarded an Edgar in 1960. Her series character is Henry Gamadge, an antiquarian book dealer.

Daly works in the footsteps of Jane Austen, offering an extraordinarily clear picture of society in her time through the interactions of a few characters. In that tradition, if you knew a person's family history, general type, and a few personal quirks, you could be said to know everything worth knowing about that person. Today the emphasis is on baring the darkest depths of psycho- and socio-pathology; contemporary readers raised on this style may find Ms. Daly both elitist and somewhat facile. But fans of classic movies and whodunits know that a focus on polished surfaces brings with it the possibility of hidden secrets and things unsaid; for those who disdain the obvious confessional style of today, the Gamadge books have much to recommend them.

Elizabeth Daly now seems sadly forgotten by many which a shame as all her books are superbly crafted and plotted, indeed she counted none other than Agatha Christie as one of her fans. She published sixteen books all of which featured her main series character Henry Gamadge. He is a bibliophile and expert on rare books and manuscripts which makes her books particularly appealing to fans of the bibliomystery. There was some disparity between UK and US releases some being published out of sequence, the bibliography shown follows the US editions which are the true firsts. Murder Listens In and Shroud for a Lady are re-titled reissues of earlier books.

Daly's youthful fondness for games and puzzles led to a lifetime interest in detective fiction which she considered to be a high form of literary art. -- Charles Shibuk

"In 1904, Henry Gamadge was born in the family home in the East Sixties of New York City. His father and grandfather had both been interested in rare books and Henry himself was 'steeped in books from infancy'. By 1939, after the usual proper schooling for one of his background, he was drawn by circumstances into what he calls 'a sideline with a puzzle interest'. This, of course, refers to his detective work in which he has to date 'participated' in ten cases. He married Clara Dawson in 1940 and has one son, born in 1943. His hobbies and recreations are bridge, golf, music (as a listener) and -- he insists -- the conservation of the transitive verb. He says he has no pets. 'That yellow object that you see rolling among my papers, my cat Martin, is not a pet. He merely came and stayed. You might call him local colour, or you might call him my Familiar.' During the war he worked here and in Europe for Counter-Intelligence. When asked what he did, he says he flew around." - ED, 1946(?)