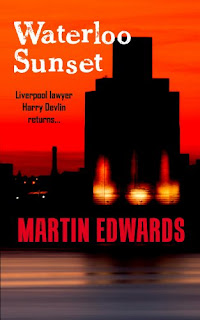 This is the eighth in the series of psychological thrillers featuring small firm Liverpool solicitor Harry Devlin. It was written ten years after the seventh in the series. (Martin Edwards has been occupied in the meantime with writing the splendid Lake District series of crime books.)

Harry Devlin is settling into a new modern office when he opens a letter containing his own obituary.  ‘A hoax, it had to be. He had nothing to fear.’ But does someone really want him dead? The novel is divided into the six days in which Harry has to find a killer. The remains of a young woman wash up on Waterloo Beach. Is a serial killer loose in his home town and has it anything to do with his problem? Harry’s business partner is attacked and left for dead and Harry can’t help but think that the attacker meant to kill him. When a friend who has asked to meet him becomes the latest victim of the serial killer, Harry becomes a suspect. Harry's former lover, Theresa May reappears in his life, her ex-husband is a jealous and unscrupulous crook who happens to own the building Harry where now works. Harry starts to take an interest in the local coroner and an office cleaner and not in a professional way. 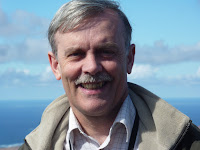