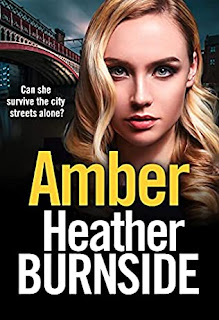 Burnside has written a series of these women – The Working Girl’s series. This is the first I have read, but it most definitely won’t be the last.

Set in the murky underworld of the dark Manchester streets where prostitution is for sale in every dark alley and street corner.

Amber (then named Amy) had been a happy child, until the sudden death of her father, who died leaving no life insurance. Loretta was a respectable mother with a son, Nathan, as well as Amber to now bring up alone. Loretta took to earning money as a prostitute and making a bit more when men came looking for a younger target and Loretta sold them Amy for the night.

When Amy grew older, without qualifications, and a mother who now was an alcoholic and a brother who had turned his back on both of them, Amy changed her name to Amber. She left home and went off to earn the only way she knew she could - on the streets.

Life was tough. Violence and sex was her way of life. The drugs helped but increased as time went on. Kevin Pike was around too, with a reputation as the meanest and most violent pimp ever. When Amber’s close friend and fellow prostitute is murdered, and the talk of a walking killer is scaring the women from their pitches, Amber knows she needs protection. She also knows to seek that protection from Kev Pike might be the biggest mistake she ever makes. But which is worse, not feeling safe enough to work, or putting your trust in the dangerous depths of Kev Pike?

Can things get worse? They do. And Amber finds herself in the thick of it.  Is it safest to run? Can she survive, if she does? But where would she run too. And who will be too close behind her?

This is such a page-turner. My only negative is that I haven’t discovered this writer before. She is fierce, strong and hard-hitting, And if you like your crime on those lines. Don’t miss this series. It is a five -star read from me, as I rush to my local bookshop to order the rest of this series.
------
Reviewer: Linda Regan
www.Lindareganonline.co.uk

Heather Burnside spent her teenage years on one of the toughest estates in Manchester and she draws heavily on this background as the setting for many of her novels.Heather formerly worked in credit control and became a graduate Member of the Institute of Credit Management, but she decided on a complete career change.  After enrolling with the Writers Bureau in Manchester, she gained a writing diploma and had articles published in several popular UK magazines. Heather then set up a writing services company, providing copywriting and proofreading to a range of clients, and ghostwriting a number of non-fiction books. 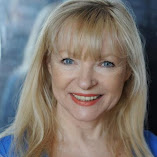