‘The Tree of Lost Secrets’ by Lynne Kennedy 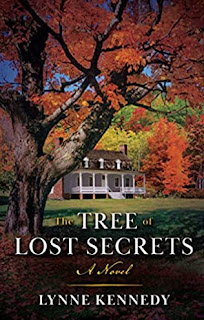 Have you ever wondered what happened in your home before you move there? Old houses have a story to tell about past inhabitants. The Tree of lost secrets explores this idea.

Helen Ainsley, a best-selling mystery writer who has been treated for cancer, returns to her childhood home in rural Vermont where she hopes the peace will help her write again. Ainsley Hill Farm was originally an inn, built in the mid 1700s with a beautiful and ancient maple tree in the grounds. The tree of the book title.

Not long after Helen arrives at the property an old golden retriever suddenly appears, and Helen takes her in. The dog helps Helen notice things around the property, and this includes the appearing and disappearing initials carved in the trunk of the maple as the tree gives up its secrets. Helen begins to research the people behind the initials and makes some grisly discoveries.

The book follows four stories, starting in the WWII and going backwards to the time of the Revolution, with the contemporary setting linking them. Golden retrievers appear in the individual stories and Helen begins to realise her own ancestors had a significant part to play in the history of the revolution.

The description on Amazon is somewhat misleading as it implies this is a time travel book with the main character moving back in time to events, which could out some readers off. However, this is not the case. The historic stories are told through chapters narrated from the viewpoint of the characters themselves with their fates explained by Helen’s research.

Alongside of the mystery is Helen’s recovery and her relationships with daughter, aunt and new boyfriend. An enjoyable read. Recommended.
------
Reviewer: Christine Hammercott 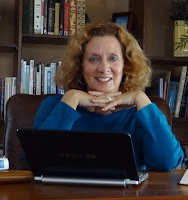 Lynne Kennedy was born in Brooklyn, New York. She obtained a Masters Degree in Science from Hofstra University, New York, and moved to San Diego, California in the early 80’s. In San Diego, Lynne worked as a museum director at the Reuben H. Fleet Science Center in San Diego, California for many years. In this capacity, she developed education programs, exhibitions and film projects on a number of timely science subject areas. She also worked with the San Diego Sheriff’s Department Crime Lab and the San Diego Police Department to develop forensic programs for teachers and students and conduct mystery nights for families. She has worked with experts at various historical museums, such as the Tenement Museum in New York, the Holocaust Museum in Washington, D.C., and the Coronado Historical Museum, in Coronado, to create innovative ways of bringing history to life. She began writing mysteries in 1995. History, digital photography and forensic science are personal interests and play significant roles in her novels. Her position in the museum community has also enabled her to network the community of experts needed to assist in her research and add authenticity to her books.  Lynne is married to John Kennedy!