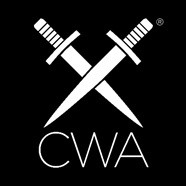 The world-famous Crime Writers’ Association (CWA) has released a new collection of crime stories written by its members.

Music of the Night, edited by Martin Edwards, invited CWA authors to submit short stories on the theme of music. An array of award-winning authors features in the anthology, which is published by Flame Tree Press on 22 February 2022.

The 25 stories include four by CWA Diamond Dagger winners – the highest honour in UK crime writing – alongside nine authors who have never previously contributed to a CWA anthology.

Author and editor Martin Edwards said: “The stories are an eclectic mix, which reflects the wide range of tastes in music, and within the crime genre itself. The hope is this collection will entice readers with familiar and established authors while giving readers the chance to sample works by writers they may not have yet discovered.”

One of the UK’s most prominent societies, the CWA was founded in 1953 by John Creasey. It works to support, promote and celebrate the crime writing genre, and runs the prestigious Dagger awards. Membership includes authors at all stages of their career.

The CWA has published anthologies of members’ works for more than fifty years; Martin Edwards has edited them for nearly half that time. A consultant to the British Library’s Crime Classics, Martin is also a former chair of the CWA and current President of the Detection Club.

Maxim Jakubowski, Chair of the CWA and an influential figure in the publishing world, also features in the collection.

Maxim said: "As an anthologist myself, I've always admired Martin Edwards' work in this very particular field, and I was delighted he was able to include a story of my own in Music of the Night, thus combining our mutual admiration for the work the CWA has done since its inception, and our own personal love of music. A winning combination for all involved, and a fascinating snapshot of some of the most exciting authors in the genre at work today.”

The Diamond Dagger authors whose stories are included in the collection are Catherine Aird, Peter Lovesey, Andrew Taylor, as well as Martin Edwards, who received the Diamond Dagger in 2020.

Martin Edwards said the theme of music has a long fascination with many in the crime genre: “Sherlock Holmes was fiction’s most famous violinist, Agatha Christie dreamed of a musical career as a child, and music features in any number of classic detective novels, as well as contemporary stories; Ian Rankin’s love of music is apparent in many of his novels.”

Contributors include Paul Charles, who spent many years working in the music business with acts such as Van Morrison and Elvis Costello.

Music of the Night is the first CWA anthology of brand-new writing to be published by Flame Tree Press after the success of Flame Tree’s Vintage Crime anthology, which celebrated CWA members’ work from the mid-1950s onwards, tracing the development of the genre across half a century.

Flame Tree Press is the imprint of long-standing independent Flame Tree Publishing, dedicated to full-length original fiction in the horror and suspense, science fiction & fantasy, and crime, mystery and thriller categories. The list brings together new authors and the more established; the award winners and exciting, original voices.

Nick Wells, Publisher at Flame Tree Press, said: “Flame Tree is proud to be the steward for the current annual anthology, Music of the Night. This collection of new stories is both a fitting tribute to the CWA’s legacy of great writing while reflecting the vitality of the contemporary membership. It's been a joy to publish.”

The CWA also offers a platform for unpublished stories with its annual Margery Allingham Short Mystery competition, the closing date for both is February 28.

Music of the Night, edited by Martin Edwards and published by Flame Tree Press, is out on 22 February. Buy in bookshops or online: