‘The Devlin Diary’ by Christie Phillips 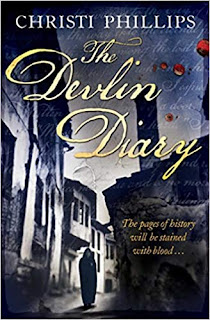 Claire Donovan arrives as a temporary lecturer at Trinity College, Cambridge the Tuesday before Michaelmas term. She can hardly believe her good fortune and knows that she is here because of Andrew Kent whom she met at an academic conference in Venice.  During their five days in Venice, they had solved a four-hundred-year old mystery.  He had offered her a temporary position at Trinity, and they had struck up a friendship which had continued by email over the last four months, and now she was here.

She soon discovers that things are very different in Cambridge to a US university and knows only two people to show her the ropes, Hoddington Humphries-Todd and Andrew Kent, the latter being the one she would like to be shown the ropes by. However, apart from his appearance at the annual admission dinner, he thereafter proves strangely elusive. As Claire settles in, she realizes that in addition to the supervision of the students allocated to her, and a weekly lecture she is expected to research and write papers in her field of study.  To this end she heads for the library to research female artists in the late seventeen century, while reaching for a particular book she accidently dislodges the one next to it and finds that it is all in code and decides that it might be interesting to write a paper on encryption in the seventeen century. Not allowed to take the book out of the library Claire copies it by hand.

As often ‘at a new school’ the people that you run into early on are not necessarily the right ones. Claire meets the acerbic Elizabeth Bennett and the movie-star handsome Derek Goodman and soon realizes that Cambridge is a very small place. Everything everyone does is noted and commented on. Unfortunately, she learns too late that it’s wise to keep one’s own council on research subject, and matters take an unpleasant turn. When one of the professors of Trinity College is found dead it initially appears to be an accident, but is it? Claire’s not so sure.

The Devlin Diary covers a six week period in 1672 from 4th November to 21st December, and Cambridge 2008 from the Tuesday before Michaelmas term to the fifth week of the term.  There is no strict alternation of the two time periods, but as Claire deciphers the diary, we switch constantly back to 1672.  The writing is beautiful, sometimes when I had been immersed for three chapters in the Court of King Charles and following Hannah Devlin, the keeper of the diary and physician to the king’s mistress, turning the page and finding oneself in 2008 Cambridge I sort of had to shake myself to come back to the present day, so atmospheric is the writing. 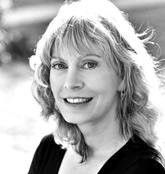 Christi Phillips is the author of The Devlin Diary and The Rossetti Letter, which have been translated into 10 languages and sold in more than 20 countries worldwide. Her research combines a few of her favourite things: old books, libraries, and travel. When she's not rummaging around in an archive or exploring the historic heart of a European city, she lives with her husband in the San Francisco Bay Area.