‘The Pull of the Moon’ by Diane Janes 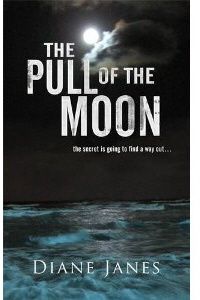 In 1972, three young people, Katie Mayfield, her boyfriend Danny Ivanisovic, and their friend Simon Willis, are house-sitting for Simon’s uncle in an isolated house in Herefordshire. They are joined by Trudie, mysterious, beautiful, seductive and manipulative. The summer weather is benign, and the surroundings idyllic. But Trudie’s presence creates tensions within the group and her obsession with a girl who was murdered in the surrounding woods a long time ago and her insistence on holding a séance lead to tragedy and death.

Now Danny’s mother, alone and dying in a care home, requests Katie to come to her and tell her the truth about her son’s death. Katie goes, reliving the painful past, but can she tell Danny’s mother the whole truth about the dreadful events of that long ago summer, about her own part in them, and about the consequences for herself?

This first novel is outstanding. The narrative structure is clear, the characterisation excellent, and the depiction of life at that time, when the liberal legal reforms of the 1960s had not yet achieved social acceptance, truthful and convincing. It bears comparison with Barbara Vine’s (Ruth Rendell’s alter ego) A Fatal Inversion.
------
Reviewer: Radmila May 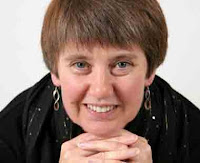 Diane Janes  was born and educated in Birmingham, but lived in various parts of the north of England for most of her adult life, until recently moving to Devon. Having worked in everything from mortgages to engineering, she is now a full time author of fiction and investigative non-fiction, specialising in crime. When still an unpublished writer, she was short listed twice for the Crime Writers' Association Debut Dagger and in 2010 was among the quartet of finalists in contention for the John Creasey Dagger. She is published in both the U.K. and the U.S.A. and some of her work has been translated into German and Japanese.