‘Murder Across the Lines’ by Janice Frost 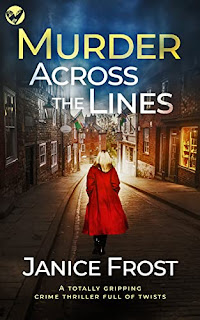 Special Constable Jane Bell witnesses a young girl of about thirteen being stabbed as she waits at a busy crossing in Lincoln city centre. Jane rushes over to her and as she lays dying, the girl whispers the name Nate.

We then learn of Detective Inspector Steph Warwick a month earlier being called to the scene of the suspected torture and murder of a Nicholas Burke, known as Cole. It is believed his death was related to drugs and the increase of county lines dealing. Gangs have been moving into lots of quieter towns and rural areas, recruiting children sometimes as young as eight or nine. A neighbour of Cole’s tells of seeing youngsters visiting him during school hours.

We then go back to Jane after witnessing the stabbing of the young girl, Warwick arrives and joins Jane in the cafe owned by Jane’s friends opposite where it happened. Steph and Jane have a bit of history, neither is keen on the other and it’s a bit strained. However, they now have to pull together in unravelling the two deaths and the involvement of the gangs running the county lines. The only real clue they have to work on is the name Nate. We then learn of how he and his alcoholic mother moved to Lincoln recently and that he is being groomed by an older boy and then dragged into the drugs trade.

Throughout the book, each chapter is devoted to the story of one of the characters. As things develop, we learn how so many vulnerable children are tricked into working for greedy, evil, very violent gangsters only interested in making a fortune.

Steph and her team, together with Jane have an exceedingly difficult case to solve. Steph grudgingly accepts that Jane really can be a great help. However, can they find young Nate before he is also publicly murdered?

A very disturbing story of too real a problem of the increasing cases of county line drug crimes. At first, I found the devotion of each chapter to one character rather confusing, but I must admit after a while I felt it was a clever way of describing each of the individuals’ depths of feelings, helping to understand their actions and reactions.

Recommended especially for readers interested in this very real problem. It’s told so realistically that I feel the author must have a deep knowledge of the subject.
------
Reviewer: Tricia Chappell 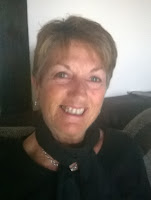