‘Disappearance of a Scribe’ by Dana Stabenow 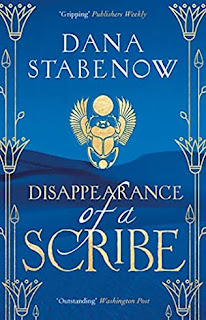 It is 47 BC and Cleopatra VII, avatar of Isis, the ruler of Alexandria and Egypt, has used her wiles, charm and beauty to come to terms with Caesar, who having given her a son, has returned to Rome, although she is aware that his spies will be watching her and reporting back to their master. Alexandria was badly damaged in the recent war and Cleopatra is determined to restore the city, so that it is once again a prosperous port and the centre of learning and civilisation. To do this, Cleopatra needs to commission the talents of the best architects and builders and acquire large amounts of building materials. None of the building materials must be wasted, especially the deposits of pozzolan, which is essential to construct water-resistant structures, but has to be imported at great expense from the Roman Empire.

Cleopatra is balancing her rule with the delicate task of controlling Ptolemy XIV (Philo), her brother, husband and co-ruler, a vain, unreliable young man; she also has to ensure the safety of her baby son, Caesarion. Cleopatra knows that she needs people working for her that she can implicitly trust. One of these is Apollodorus, who undertakes secret missions for her; the other two are young people who shared a schoolroom with the Queen: Aristander, the head of police, and Tetisheri who Cleopatra has just appointed as her Eye, her closest confidant and personal investigator. Tetisheri is a strong and independent young woman; she is the niece of Nebenteru, and a partner in his Luxury Goods Emporium and, until her appointment as the Eye of Isis, she often travelled with him on his trading ship, Hapi.

Tetisheri wishes to prepare herself for her new role and spends some time in a private room in the great Alexandrian Library, reading scrolls compiled by her predecessor, Khemit. The last investigation that Khemit started was the disappearance of a young scribe called Grafeas, but Khemit died before her investigation came to a conclusion. Before leaving the Library, Tetisheri is concerned to hear that several rare and valuable manuscripts have disappeared. The Library is open to anyone who wishes to study and the abuse of this privilege is unforgivable. Tetisheri knows that Cleopatra will be greatly displeased by these thefts.

Before Tetisheri can begin to investigate the thefts, she is summoned by Aristander to join him at the scene of discovery of a horrifying crime. The remains of a body has been taken from the Middle Sea. This is not in itself particularly unusual, but this young man has been fitted with something that both Tetisheri and Aristander had thought a myth: Rhakotis sandals. This barbaric method of murder was achieved by encasing the victim’s feet in concrete and, as it hardened, he was thrown into the sea. The weight of the concrete would usually prevent the body from ever resurfacing and it is only by chance that the victim was discovered. Tetisheri is appalled as she imagines the young man’s suffering but cannot understand why Aristander thinks that it is a suitable investigation for the Eye, until he explains that this is the second young man that the police know of who has been killed in this manner.

Cleopatra commands Tetisheri to use her best endeavours to discover the truth behind the thefts from the Library and the two barbaric deaths. Regarding the deaths, her only clues are the two amulets worn by the victims, but this is sufficient, and as she probes the corruption that lies behind the crimes, she draws too close to uncovering a dangerous conspiracy. Soon Tetisheri is kidnapped and, unless she can escape, it seems inevitable that she will be fitted with her own pair of Rhakotis sandals.

Disappearance of a Scribe is the second in the series set in Cleopatra’s Alexandria. It is a beautifully researched novel, which explores a fascinating culture, rare at that time, in which women have equal status with men and can hold vital roles in the professions and trades. Because of the large number of characters and their complex titles and relationships, the Cast of Characters at the start of the book is particularly useful. The plot is interesting, and the central characters are engaging. Tetisheri is a delightful protagonist and as the Eye of Isis, she is courageous, intelligent and resolute; she was hurt by an early, arranged marriage to a brutal man but now she is widowed she is brave enough to welcome a new relationship with Apollodorus.

The Disappearance of a Scribe is an unusual and engrossing read which I recommend.
------
Reviewer: Carol Westron 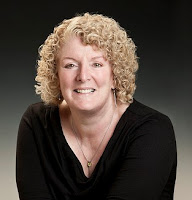 Dana Stabenow was born in Anchorage, Alaska on March 27, 1952, and raised on a 75-foot fish tender in the Gulf of Alaska. In 1964, the Great Alaskan Earthquake occurred during her twelfth birthday party. She survived the day. She graduated from Seldovia High School in 1969 and put herself through college working as an egg grader, bookkeeper and expediter for Whitney-Fidalgo Seafoods in Anchorage. She received a B.A. in journalism from the University of Alaska in 1973.  After a back packing trip Dana worked for Alyeska Pipeline at Galbraith Lake and later for British Petroleum at Prudhoe Bay. In 1982 she enrolled in UAA’s MFA program, from which she graduated in 1985. Her goal was to sell a book before she went broke and although she made it the book fell with an almighty thud on the marketplace and was never heard from again. In 1991 her editor sniffed out the existence of the first Kate Shugak mystery and offered her a three-book contract.