Sue Lawrence studied French at university before going on to become a journalist at DC Thomson in Dundee. She won BBC Masterchef in 1991, and a career in food writing followed, with 19 cookbooks published. She was regular cookery columnist for The Sunday Times and Scotland on Sunday. Sue is a regular panellist on BBC Radio 4’s The Kitchen Cabinet. She began writing fiction 10 years ago; The Green Lady is her fifth novel.

Imran Mahmood was born in Liverpool in 1969. He is a barrister, novelist and screenwriter. He is the author of You Don’t Know Me, which was longlisted for the CWA Gold Dagger and made into a hugely successful BBC1 series in 2021; and I Know What I Saw, which reached #2 on the Audible charts. He now lives in South East London with his wife and is currently plotting a second novel

Linda Stratmann was born in Leicester in 1948 and first started scribbling stories and poems at the age of six. She became interested in true crime when watching Edgar Lustgarten on TV in the 1950s. Linda attended Wyggeston Girls Grammar School, trained to be a chemist’s dispenser, and later studied at Newcastle University where she obtained a first in Psychology. She then spent 27 years in the civil service before leaving to devote her time to writing. Linda loves spending time in libraries and archives and really enjoys giving talks on her subject.  Her most recent book is Sherlock Holmes and the Explorers' Club. 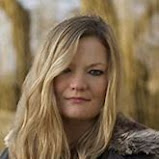 Catriona Ward is the bestselling author of Sundial, The Last House on Needless Street, Little Eve (winner of the Shirley Jackson and the August Derleth Awards), and Rawblood, which also won the August Derleth, making her the only woman to win the prize twice. She was born in Washington, DC and grew up in the United States, Kenya, Madagascar, Yemen, and Morocco. She now lives in London and Devon. Follow her on Twitter @CatrionaWard 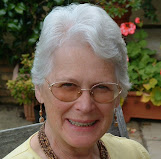 Janet Laurence is a British author and cookery writer. She is the author of two Ursula Grandison Edwardian mysteries. Laurence's first crime novel, A Deepe Coffyn, was published in 1989, the first of ten Darina Lisle culinary mysteries and three in the Canaletto series, all available from Amazon. She is also the author of Writing Crime Fiction – Making Crime Pay, published by Aber. Laurence was the 1998/1999 Chair of the Crime Writers Association. She is on the judging panel for the CWA Historical Crime Dagger.
Posted by Lizzie at 16:50