Mick Finlay was born in Glasgow and grew up in Canada and England. He now divides his time between Brighton and Cambridge, where he works in a Psychology Department. Before becoming an academic, he ran a market stall on Portobello Road, and has worked as a tent-hand in a travelling circus, a butcher’s boy, a hotel porter, and in the NHS and social services. His debut book was Arrowood  set in 1890s London. His most recent book is Arrowood and the Meeting House Murders, published 8 July 2021,

Felix Francis took over writing the ‘Dick Francis’ novels when his father retired in the year 2000.  Felis is a Member of the Institute of Physics and taught A Level physics for seventeen years.  He also acted as manager for his father, the literary legend Dick Francis. In 2005, Felix left the worlds of education and business to concentrate full-time on his writing. Since then he has written ten novels, The latest being Iced published 16 September 2021. A keen cricket supporter, he is a member of MCC and the Lord’s Taverners, as well as of the Crime Writers Association, the International Thriller Writers, the Detection Club and The Garrick.

Cath Staincliffe was brought up in Bradford.  She graduated from Birmingham University with a Drama and Theatre Arts degree and moved to work as a community artist in Manchester where she now lives with her family. Looking for Trouble, published in 1994, launched private eye Sal, a single parent struggling to juggle work and home, onto Manchester’s mean streets.  It was short listed for the Crime Writers Association’s John Creasey best first novel award, serialised on BBC Radio 4, Woman’s Hour and awarded Le Masque de l’Année in France.  Cath has published a further seven Sal Kilkenny mysteries. Cath is also a scriptwriter, creator of ITV’s hit police series, Blue Murder, which ran for five series from 2003 – 2009 starring Caroline Quentin as DCI Janine Lewis.  Cath writes for radio and created the Legacy drama series which features a chalk-and-cheese, brother and sister duo of heir hunters.  Cath’s own story, of tracing and being re-united with her Irish birth family and her seven brothers and sisters, featured in the television documentary Finding Cath from RTE. Cath is a founder member of Murder Squad, a virtual collective of northern crime writers. Her latest novel is Running out of Road, published 15 July 2021. 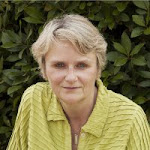 Lesley Thomson was born in 1958 and brought up in Hammersmith, West London. She went to Holland Park Comprehensive and graduated from Brighton University in 1981 and moved to Sydney, Australia. Returning to London she did several jobs to support writing. Her novel A Kind of Vanishing won The People's Book Prize in 2010. In 2013 her first book in The Detective’s Daughter series was published, featuring Stella Darnell (MD of Clean Slate Cleaning Services) and Jack Harmon, driver on London Underground’s District Line. There are now eight books in the series. The Most recent is The Distant Dead published 13 May 221. Lesley combines writing with teaching creative writing at West Dean College. She lives in Lewes with her partner.

Cathy Ace was born and raised in Swansea, South Wales. With a successful career in marketing having given her the chance to write training courses and textbooks, Cathy has now finally turned her attention to her real passion: crime fiction. Her short stories have appeared in multiple anthologies. Two of her works, Dear George and Domestic Violence, have also been produced by Jarvis & Ayres Productions as ‘Afternoon Reading’ broadcasts for BBC Radio 4. Cathy now writes two series of traditional mysteries: The Cait Morgan Mysteries (TouchWood Editions) and The WISE Enquiries Agency Mysteries (Severn House Publishers). Her latest book is The Corpse with the Turquoise Toes, published 2 April 2022.