CrimeFest 2022: Behind Closed Doors: Not So Perfect Lives

Tina Baker, the daughter of a window cleaner and

fairground traveller, she worked as a journalist and broadcaster for thirty years and is probably best known as a television critic for the BBC and GMTV. She won Celebrity Fit Club. And now works as a Fitness Instructor. Call Me Mummy was Tina's first novel, inspired by her own experiences.  Her new book is Nasty Little Cuts, published 22 February 2022.

Walking,and Next of Kin, is a lawyer. Like her protagonist, Janet Moodie, she works on death penalty appeals and tends a struggling garden and orchard. She lives in San Luis Obispo, an unremittingly mellow town in California, and when not maturing felonious plans, she studies Mandarin, sings in a local chorus, and plays the Irish flute and concertina, to the endless distress of her dog.

at The London School of Hygiene and Tropical Medicine, and at the Poisons Unit at Guy’s Hospital, after graduating, where she became a co-author of a book on cyanide poisoning. This set her in good stead for writing her debut novel, Obsession, a dark and twisted tale about love affairs gone wrong. Amanda attended the Faber Academy writing course in 2011, and now writes from home full time. Her most recent book is The Unwelcome Guest published August 2021. She lives in London and Wales, with her lawyer husband.

and grew up in the US, Kenya, Madagascar, Yemen and Morocco. She now lives in London where she works as a writer and researcher for Bianca Jagger's human rights foundation. Her latest book Sundial, published 22 March 2021, is described as 'Dark and unsettling, creepy and enthralling' 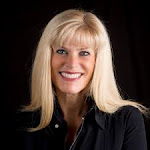 Caroline England was born in Yorkshire. She

studied Law at the University of Manchester and stayed over the border. She writes multi-layered, dark and edgy ‘domestic suspense’ stories that delve into complicated relationships, secrets and the moral grey area. Her debut novel, Beneath the Skin, was published by Avon HarperCollins in October 2017, followed by My Husband's Lies, Betray Her and Truth Games.  Under the name CE Rose she has also penned gothic-tinged psychological thrillers The House Of Hidden Secrets and The House On The Water's Edge.  Drawing on her days as a divorce and professional indemnity lawyer, she loves to create ordinary, relatable characters who get caught up in extraordinary situations, pressures, dilemmas or crime. She also enjoys performing a literary sleight of hand in her novels and hopefully surprising her readers! Caroline has had stories and poems published in a variety of literary publications and anthologies. Watching Horsepats Feed the Rose, and Hanged By The Neck are her two dark, twisty short story collections. Caroline’s new psychological thriller The Sinner will be published in June 2022.