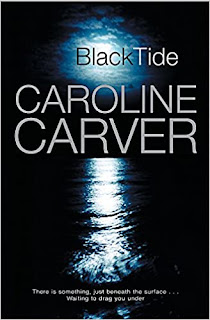 For India Kane, reporter for the Sydney Morning Herald, life on the Greenpeace ship Sundancer is cold and uncomfortable as they roam the Antarctic in pursuit of a fleet of five Japanese whaling ships hunting illegally. When they spot the factory ship the Kagoshima Maru they are elated, but have trouble trying to keep up with it, and eventually it outruns them.  Then at 2.30  in the morning they are rammed by a huge container ship with no lights, and the expedition leader Ned, one of India’s oldest friends, is killed - along with seven other crew members. Ironically, they are rescued by the whaling fleets factory ship.

India journeys back to Jambouko Bay with two tasks, to tell Ellie her husband Ned is dead, and to locate and bring to justice the ship that took his life. But everywhere she turns she comes up against a blank wall. The tanker is unregistered, untraceable and unaccountable.  Ellie is distraught, convinced that their misfortune is brought about by the curse placed by an old Aborigine Albert Jimbuku upon the land on which their house is built, when he called upon the thunder Gods to protect their sacred land from desecration.

Although perturbed by the stories of people who live on the estate falling ill and dying, India is relentless in her search for the ship which rammed them and left them to perish in the Antarctic. ‘If it’s the last thing I do, she swore, “I’m going to hunt that container ship down”.  Her quest sets her on a dangerous path.  There are people who are alarmed at her continued enquiries, and she is being followed.

As with her two previous books, Caroline Carver takes the reader on a breath-taking journey that is one action-packed excitement after another. The pace never flags but carries one along, so that you cannot put the book down until you have devoured it. A thriller with a twist and a satisfying ending. Highly recommended.
------
Reviewer: Lizzie Hayes

Caroline Carver was brought up on a dairy farm. At 18 she headed for the bright lights of London and four years later took a holiday in Australia which turned into a ten-year stay, working for the Sydney arm of several major international publishers. Between jobs, she travelled widely and adventurously: back-packing in South-East Asia on $10 a day for nine months, walking in New Zealand, trekking in Nepal and riding a camel through the Thar Desert are just a few of her travel experiences. Her first novel Blood Junction won the CWA Debut Dagger and was selected by Publishers Weekly as one of the best mystery books of the year. Her latest book is
Scare Me to Death