‘The Sibyl in Her Grave’ by Sarah Caudwell 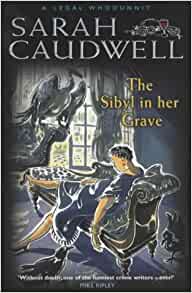 As with Thus Was Adonis Murdered, the plot is unfolded by a series of letters, this time written by Julia Larwood’s Aunt Regina (Reg), from her home in Parsons Haver, West Sussex.  It seems that Aunt Regina and a couple of her cronies have been enjoying gratifying success on the stock market. Indeed, everything in which they invest, shoots through the roof, reaping considerable rewards for Reg and said cronies. All is going along spiffingly until the taxman gets a whiff and demands his cut.  Hence Reg’s letter to Julia requesting help, as they have all, already spent the money.

Julia however, whilst concerned with her aunt’s tax problem is even more concerned as to how these amateur investors have been able to make a thousand per cent profit on the stock market in such record time.

Meanwhile, Selena, a fellow barrister has a client with a dilemma which he lays squarely on her shoulders.  Which of his two directors should he recommend succeed him on his retirement? He is keen to make the right decision in the light of some possible insider trading.  Could Selena check them out? This amidst her masterminding the refurbishment of their chambers at No 62 New Square.  When finally, all tenders are in, a builder selected and a convenient timetable agreed upon, Selena sits back with an air of satisfaction, nay with the air of a woman who has never had builders in before.  Oh dear!

Back in Parsons Haver, Aunt Regina relates the story of her unpopular neighbour, psychic counsellor Isabella del Comino whose companion is a pet vulture. Whatever floats your boat!

There is much skulduggery afoot, we meet up briefly with Ragwort and young Michael Cantrip.  Isabella’s dreadful niece Daphne and whole host of dubious characters.  When a murder takes place in Parsons Haver, Julia calls on her old friend Professor Hilary Tamar to unravel the mystery and follow the money trail that appears to connect Julia’s Aunt Regina with insider dealing and fraud.

I know that I have only one more to go in this series. Never mind I can always read them all again, they will certainly bare a second reading, maybe even a third, or a fourth…..
-----
Reviewer: Lizzie HayesOther books in the series, Thus Was Adonis Murdered, The Sirens Sang of Murder and The Shortest Way to Hades. 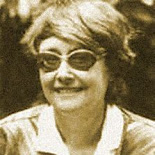 Sarah Caudwell (1939-2000) was the pseudonym of Sarah Cockburn. She studied law at St Anne's College, Oxford and, practised as a barrister for several years in Lincoln's InnShe later specialised in international tax planning at a major London bank. She is best known for a series of four murder stories written between 1980 and 1999, centred on the lives of a group of young barristers practicing in Lincoln's Inn and narrated by a Hilary Tamar, a professor of medieval law. She died in January 2000.