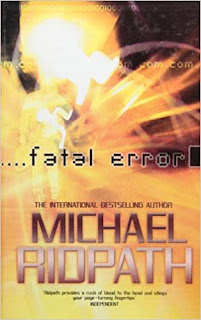 David Lane is a quiet cautious sort of a chap, working for a banking organisation and slowly moving up the ladder. A chance meeting with ex-school mate Guy Jordan changes all that. It is 1999 and Guy has a vision, an internet football site – ninetyminutes.com which will be exciting to set up, and make them all millionaires.  Although by nature a cautious man, David is caught up by Guy’s enthusiasm, and decides that he will for once in his life do something adventurous.

The story switches back to twelve years before when the boys were just finishing school and David is invited by Guy to stay for the holidays at his father’s home in the South of France. As part of the party are two other schoolmates, Ingrid and Mel. David, along with Mel, is impressed with the lavish lifestyle, but they are somewhat out of their depth.  When there is a death at the house, the holiday, after an investigation by the police, comes to an abrupt end.

But now Guy seems to have forgotten their last unpleasant encounter and insists that he needs David to help him put together his dream.  At first things go well, but then they need investment capital, and it falls to David as the money man to find it.  The set-up money was initially sourced from Guy’s father Tony, but now they need much more money and David needs to find it quickly.  By this time both Ingrid and Mel are caught up in ninetyminutes.com

A second death calls many things into question for David. Just exactly what relationships do Ingrid and Mel have with Guy? And does David really know Guy?

Overshadowing the whole story is Guy’s brother, whose sinister presence and thinly veiled threats frighten David.  The story is all about the mixture of a charismatic man with a vision and the very ordinary David Lane.  Showing confidence in his son, David’s very nice ordinary father offers David his life savings to help keep ninetyminutes.com afloat when it hits turbulent waters.  But isn’t that life - those of us who are ordinary wanting to be part of a dream usually offered up to us by a charismatic character, who most of us wish we were, but are not.

Despite what looked like a straightforward ending, the solution was a surprise and caught this reader on the hop - and isn’t that what a good mystery does?   Highly recommended.
------
Reviewer: Lizzie Hayes 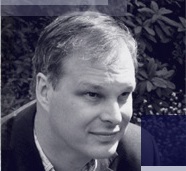 Michael Ridpath was born in Devon in 1961 but brought up in Yorkshire. He was educated at Millfield, Merton College, Oxford. Before becoming a writer, Michael Ridpath used to work in the City of London as a bond trader.  He has written eight thrillers set in the worlds of business and finance. In 2010 he published the Where the Shadows Lie, the first in the Fire and Ice series featuring an Icelandic detective named Magnus Jonson. He has published five further books in the series.  In between the writing the series he has published three standalone novels the most recent being Amnesia in 2017. He lives in London.