‘The Night Shift’ by Alex Finlay 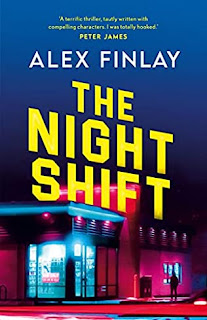 New Year’s Eve 1999 – the eve of a new century. Sadly, one that three teenagers and the young manager of the Blockbuster video store will not live to see. But there is one survivor.  The police are quick to suspect the boyfriend of one of the victims, but he flees and has not been seen since.

We then move forward fifteen years and meet Ella, the one survivor of that violent attack. She is now a therapist with a surprising private life. The news that four girls have been attacked at an ice cream shop and there is only one survivor brings back starkly her own experience, and against her better judgement she makes contact with the lone survivor.

To assist the local police FBI Agent Sarah Keller is called out by her boss Stan to give assistance. Keller is eight months pregnant with twins, but she takes the call.

Meanwhile, Ella’s initial contact with the survivor doesn’t go well until she explains she too is the sole survivor of a massacre such as she has just experienced.

The story is told through multiple narrators, Ella, Chris the brother of the Vince, the suspected killer of the first atrocity, and Sarah Keller, in alternating chapters.

As story progress it becomes clear that Ella is not always truthful, and that the survivor clearly has her own agenda. While Chris, who is now a lawyer, just wants to find his brother Vince who he is certain could not have committed the crime.

Cleverly plotted, with many twists and turns, this book will keep you avidly turning pages. Slowly, the many secrets they are all hiding come to light and if Vince is innocent then who committed two massacres with fifteen years apart. As Sarah gets closer to the truth, she puts herself and her unborn children in danger because the killer is ruthless and will not hesitate to kill again to keep their secret. Most highly recommended.
------
Reviewer: Lizzie Sirett 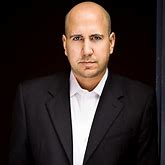 Alex Finlay is the pseudonym of author Anthony Franze who lives in Washington, D.C. He is a lawyer in the Appellate and Supreme Court practice of a prominent Washington, D.C. Franze has been a commentator on legal and Supreme Court issues for The New Republic, Bloomberg, National Law Journal, and other major media outlets. Born in Opelika, Alabama, Alex's formative years were spent traversing the globe, from a tropical island in the Pacific to a small village in the UK to a remote region in the Far East. But it was on a vacation in Tulum, Mexico that Alex was inspired to write Every Last Fear.He lives in the Washington, D.C. area with his family. Learn more at