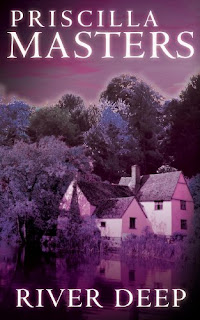 Set in Shrewsbury at the time of the flooding of the area by the River Severn. Martha is called to the scene when man’s body is found in a small cottage fronting the river, floating face-down.  As the cottage is currently occupied by JamesHumphreys, it is initially thought to be him, but his wife Cressida says not.

A masterly mystery that had me making lists to try to work out the sequence of events and still I was baffled. Beautifully crafted this is a must for the true mystery buff. The writing whilst crisp in the pursuance of the solution to the puzzle, has also an underlying mystical feeling that I can only describe as fey, but which takes the book from a straight forward whodunit to a different level.

The book also introduces some interesting characters in the pathologist Dr Mark Sullivan, who clearly has personal problems, that were not revealed in this book, but will no doubt come to light in future books in the series. Also, tall dark-haired DI Alex Randall, definitely a mystery there.  So of course, I want another book now, to answer the many intriguing scenarios raised in the book.!  Highly recommended.
------
Reviewer: Lizzie Hayes 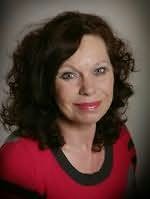 Priscilla Masters was born in Halifax, and brought up in South Wales, one of seven multi-racial children adopted by an orthopaedic surgeon and his Classics graduate wife. Priscilla trained as a registered nurse in the Queen Elizabeth Hospital Birmingham. She moved to Staffordshire in the 1970s, had an antiques business for a while and two sons. She started writing in the 1980s in response to an aunt asking her what she was going to do with her life! Winding up the Serpent was her first Joanna Piercy story, published in 1995.  There are now fifteen books in the series. She has also written several medical standalones and a series set in Shrewsbury, featuring coroner Martha Gunn. Her most recent series features Dr Claire Roget who is a forensic psychiatrist who has some very unpredictable patients.