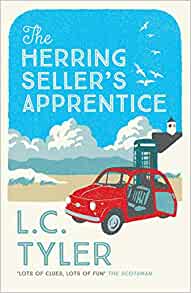 It is a precious thing to make people laugh; but to write humorous crime fiction must be fiendishly difficult.  I really enjoyed this book – the ease with which the author uses language is marked and his images and phrases frequently led me to chuckle; for example, ‘there is an important difference between fiction and real life. Fiction has to be believable.’ Or in reference to the police, ‘As the senior officer present, he usually got the best lines.  Except that, for the next few minutes, I knew that all the best lines were going to be mine.’ And his comment on the main character’s father who was a failed academic, that ‘though he was able to devote less time to it, his failure in the field of politics was every bit as complete.’

Ethelred Tressidor, the hero (or anti-hero) is a writer – under different names he writes historicals, romance and crime. Tyler skewers the peculiarities of the three genres very effectively.  As a historical novelist Ethelred deals only with the reign of Richard II who is described as a man out of his time who would have been fine as a Tudor or a Stuart but ’he couldn’t hack it as a Plantagenet!’ As a romantic novelist he eschews overt sex at his readers preference.  His redoubtable policeman has appeared in numerous adventures but aged hardly at all.

Crime seems to be to the fore for Ethelred as the disappearance of his ex-wife, Geraldine, leads to his acquaintance with crime in real life. Meetings with various characters from Geraldine’s life confuse Ethelred and his forthright literary agent, Elise Thirkettle, as they investigate. The whole story does makes perfect sense when the final explanations are made. The herrings of the title are of the red variety – as is only right in a detective story!

Tyler spoofs the genre unmercifully; Elsie’s comments on his use of a different type for a different character’s input are very funny and accurate.  The fact that it is her words that are being presented so only makes her attitude the funnier.
----------
Reviewer: Jennifer S. Palmer 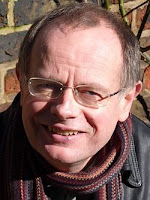 L. C. Tyler was born in Southend, Essex, and educated at Southend High School for Boys, Jesus College Oxford and City University London. After university he joined the Civil Service and worked at the Department of the Environment in London and Hong Kong. He then moved to the British Council, where his postings included Malaysia, Thailand, Sudan and Denmark. Since returning to the UK he has lived in Sussex and London and was Chief Executive of the Royal College of Paediatrics and Child Health for eleven years. He is now a full-time writer. His first novel, The Herring Seller's Apprentice, was published by Macmillan in 2007, followed by 8 further books in the series featuring Ethelred Tressider and his agent Elsie Thirkettle. The first book in a new historical series, A Cruel Necessity, was published by Constable and Robinson in November 2014. Since then, he has published six further books in this series. The latest being Too Much Water. His latest Ethelred and Elsie is Farewell My Herring.