‘The Things That Keep Us Here’ by Carla Buckley 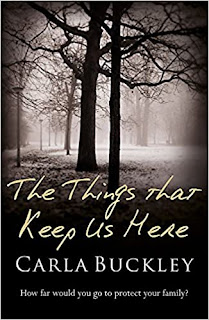 I suppose it is something of a coincidence that I find myself reviewing a second book on the threat of a virus.  This time, however, the threat is on a world scale and nearer to all of us as it is about an avian influenza which is spread by migratory birds and could attack humans.

To bring the events and the panic down to a personal level, the story deals mainly with one family in Ohio and how they are affected by the scare.  But there is no doubt that this is on a global scale and, by the time a vaccine is found, and the death toll in America is almost forty percent and almost half the world’s population are dead. It is difficult to believe that this is fiction. One critic claims that this is the ‘most frightening book I have ever read’ and I must admit that it came close to that with me.

The reader keeps believing that an antidote will be found but, in the meantime, the book is dealing with the experiences of an American family made up of a husband and wife, recently divorced, after fourteen years of marriage, and their two daughters, Maddie aged seven and Kate aged twelve. The story starts with the family returning from the funeral of the husband’s father, but we hear about their baby son’s death and a mention of bird flu. Events move forward one year and the threat from the avian influenza has increased with human victims. Then the discovery of hundreds of dead teal in an American lake gives the warning of what is to follow.  From there, families all barricade themselves in their own houses and society disintegrates. The situation is aggravated by a bitterly long, cold winter.

It is a grim story.  One chapter that stays in my mind particularly is the scene in a supermarket when it is known that the virus has spread to America and all schools, colleges and offices are to be shut down. This is not a detective or crime novel but it is definitely a thriller.  The killer is not human, and no-one knows where or when it will strike, only that it spares no-one.
------
Reviewer: Rosemary Brown 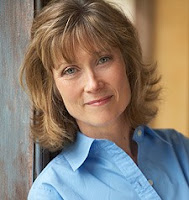 Carla Buckley was born in Washington, D.C. She has worked as an assistant press secretary for a U.S. senator, an analyst with the Smithsonian Institution, and a technical writer for a defense contractor. She lives in Columbus, Ohio, with her husband, an environmental scientist, and their three children. She is the author of Invisible.