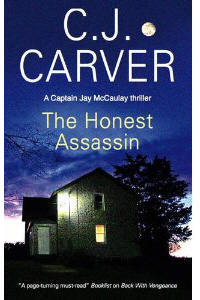 At the opening of this book Jay McCauley is making a go of her relationship with DI Tom Sutton of the Bristol police, with the disturbing presence of enigmatic Max Blake safely removed to South America – or so Jay thinks until he pops up in her garden one morning - she attributes her increased heartbeat to the fact that Tom is in the shower, but a girl often deludes herself.   This is not a social call, Max says he needs her help, his sister is sick in Brussels, and he has to go to her, but cannot miss an important meeting so he has booked Jay on Eurostar tomorrow to attend the meeting in his place. The meeting is with his friend Solomon Neil. It won’t take long, says Max, you will be back by the evening. But explaining it to Tom is a different matter, to get past an awkward situation Jay suggests that Tom invite his daughter Sofie for stay-over.  As Tom has been trying to engineer his daughter and his girlfriend to meet, he accepts with alacrity, and Jay breathes a sigh of relief.

The meeting with Sol is effected quickly - too quickly, hardly has she greeted him, than he is murdered in front of her.  Although Jay was witness and clearly saw the assassin, her description is ignored by the police, no one seems to believe her.  The word is that Max Blake is the murderer; and he is now a wanted man.

This thriller moves at a fast pace, as Jay tries to reach the right people to prove Blake’s innocence, but there seems no one that she or Blake can trust.  So, Jay sets out to uncover the truth as to why Blake is clearly being set-up, and even his own people don’t seem to want to help or believe in his innocence.  It’s a heart-stopping rollercoaster of events, that worsens with every hour that passes.  And not just for her, the unknown enemy threatens her family, and murders an old friend, then comes after her.

Again, a book that deprived me of my sleep, as I sat up into the early hours to finish it.  The combination of a death-defying investigation, and the daily problems of Tom’s teenage daughter, not to mention the complication of Max Blake is a winning formula. Each element only serves to enhance the other making this a not-to-be-missed read. Highly recommended.
------
Reviewer: Lizzie Hayes
Earlier books in the series are Gone Without Trace, and Back With A Vengeance 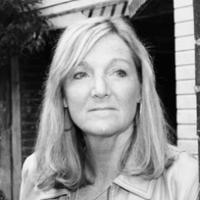 C. J. Carver was brought up on a dairy farm. At 18 she headed for the bright lights of London and four years later took a holiday in Australia which turned into a ten-year stay, working for the Sydney arm of several major international publishers. Between jobs, she travelled widely and adventurously: back-packing in South-East Asia on $10 a day for nine months, walking in New Zealand, trekking in Nepal and riding a camel through the Thar Desert are just a few of her travel experiences. Her first novel Blood Junction won the CWA Debut Dagger and was selected by Publishers Weekly as one of the best mystery books of the year.