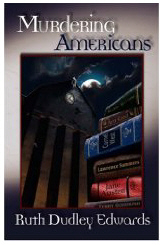 With weddings abounding – for Robert Amis and his Rachel, and Ellis and Mary Loo are tying the knot.  Baroness Ida (Jack) Troutbeck accepts an invitation to become a Distinguished Visiting Professor on an American Campus. Cue an anguished Rachel explaining to Robert, ‘She wants us to go and stay there with her for several weeks!’ ‘On our honeymoon?’ asks Robert. ‘Yes,’ says the now crying Rachel, who has already had a hell of a day arguing with her mother over canapés.

The Baroness’s entry onto American soil is not without incident. Being unable to be parted from her parrot Horace, the Baroness has taken him with her, but passing through customs with Horace shouting ‘Pass the ammunition’ sees the officials taking Jack Troutbeck aside for further investigation as a possible member of Al Qaeda, and it is some three hours later before Jack finally emerges with hat askew and in need of a

restorative.  However, although the Provost has sent delectable Betsy to conduct Jack to the hotel, worse is to come – the bar is closed on Sundays. Attempting to surmount this obstacle, Jack encounters the new rules from the Provost’s office, enforced by Dr Gonzales.

Before she has spent one day in New Paddington, Jack Troutbeck discovers that Freeman State University is dominated by an insane form of political correctness controlled by the thought-police in the shape of Dr Gonzales.  Jack joins forces with a student body called the VRC. Then the Provost is found dead, and Jack is in all sorts of trouble.  Luckily her friend from the flight over, one Edgar S Brooks of Jackson, Mississippi is at her service, but she really needs her Watson. Come on Robert! 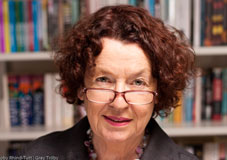