‘The Killing Club’ by Angela Dracup 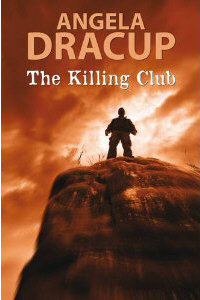 The Killing Club covers a period of eleven days.  On day one Christian Hartwell climbs the hundred and four steps that take him to the head of Fellbeck Crag in Yorkshire. A lover of the countryside, Christian is relishing his climb, and reflecting that whilst his career in journalism has brought him a measure of success it is with the publication of his first book that things are really beginning to hot up.

Also on day one, some distance away, Detective Chief Inspector Ed Swift is drinking champagne at acocktail party and trying to work out what it is that attracts DI Cat Fallon to silver-haired Jeremy Harper – apart from the fact he is rich, elegant and suave!

Taking a walk before supper with his dog, Bertrand Morrison finds the body of Christian Hartwell at the foot of Fellbeck Crag.

With half of Ed’s team on courses or holiday, by day three DI Cat Fallon joins them. Talking with Ruth Hartwell, Christian’s adoptive mother, sheds no light on the investigation, but gradually Ed becomes aware that all is not straightforward. Particularly when he meets  and talks with Ruth’s daughter Harriet Brunswick.

This is a page turner. I liked the time period, tight and exciting, illustrating how much can happen in just a few days – not just in the murder enquiry, but in the personal lives of the characters.   The story moved at a realistic but exciting pace.
Highly recommended.
------
Reviewer: Lizzie Hayes
Other books in the series are: A Kind of Justice, Where Darkness Begins, Retribution, The Burdon Of Doubt. 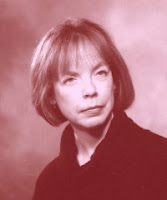 Angela Dracup was born and educated in Bradford. She read psychology at Sheffield and Manchester universities. She had a life-time career as an educational psychologist, advising on the needs of children with learning and behavioral difficulties. In addition to her writing, Angela enjoyed spending time with family and friends, listening to BBC Radio 3, reading fiction and going for long walks with her dog of the moment. She was married with one daughter and lived in Harrogate, North Yorkshire. Angela passed away in November 2013, following a short illness.