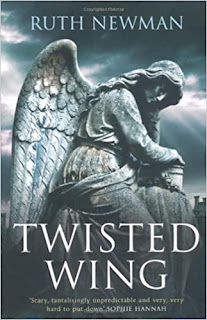 Ariel College, Cambridge. The headless, mutilated body of a female undergraduate is found in the room of Olivia Carcadden on the night of the May Ball. Beside the body is Olivia who is in a catatonic state; also present her boyfriend, Nick Hardcastle. But this is only the start of a series of violent murders.

Forensic psychiatrist Matthew Denison feels sure that the killer’s identity could be locked in Olivia’s mind, but it will take time to unlock from the trauma, and time is something they don’t have. The small clique of Nick Hardcastle, Amanda Montgomery, Paula Abercrombie and Rob McNorton soon begin to feel the pressure as people decide to leave the College and head home. There are so many twists and turns in this book that it was mind-blowing. Each time I though I had it, the story took a different direction and I had to rethink.

An intriguing delve into the psychological. A book that you keep thinking about long after you have turned the last page.  Highly recommended.
-----
Reviewer: Lizzie Sirett