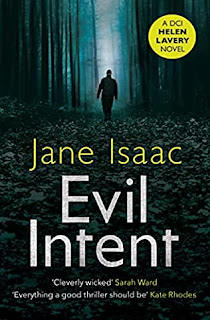 The discovery of a woman’s body at 7.20am in Blackwell Wood throws DCI Helen Lavery in at the deep end on her first day back at work after injury leave. The victim is naked, and some sort of star surrounded by a messy circle, has been carved into her chest.  Later identified as a pentagram dating back to the ancient Greeks, but a symbol which has also been used by Christians. Could this be a religious killing?

Helen and her term start to investigate various local spiritual organisations, but they are just fact finding, and have been careful to keep the information about the pentagram from the press.  Helen is not sure of the wisdom of this but is overruled by her boss Assistant Chief Constable ‘Call Me Alison’ Broadhurst.

The chance spotting of a car sticker that resembles the pentagram carved onto the body leads Helen to a group called ‘The Alternatives’, Their leader Guy Thorne says that sign was abandoned long ago, but provides the team with a list of members. Working through the list is proving a time consuming and fruitless task. But they have hardly started when a second woman’s body is found by a lake, naked and bearing the same engraving on her chest.

Both the victims have children and lead seemingly ordinary lives but as the team delve, something surprising turns up, that send them in another direction.

On a personal level, following her injury sustained on the case that brought down organised crime boss Chilli Franks, who has held a grudge against Helen’s family since her father first put him away in the 1990’s is aware of her position as mother and father to her two boys Matthew and Robert - their father having been killed in a helicopter accident when they were young. Luckily, she has her mother living in a granny flat attached to the house. Without her keeping an eye on the two boys. Helen couldn’t possibly work the hours her job demands of her. But following on from her injury, she is aware that her mother is extra sensitive about her job.  And then she learns that her younger son’s new best friend is Chilli Franks nephew, something she may have to report to her boss. All too close for comfort

As the body count rises, and Helen purses the killer, she finds herself yet again in a dangerous position.

Told from multiple points of view, that of the families of the victims, and the police this is a terrific entry in this excellent series. Highly recommended
------
Reviewer: Lizzie Sirett 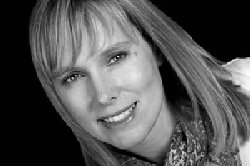 Jane Isaac lives with her husband, daughter and dog, Bollo, in rural Northamptonshire, UK. Her debut novel, An Unfamiliar Murder, was nominated as best mystery in the 'eFestival of Words Best of the Independent eBook awards 2013.' The Truth Will Out was nominated as 'Thriller of the Month - April 2014' by E-thriller.com and winner of 'Noveltunity book club selection - May 2014'. Jane's latest title, A Deathly Silence is her latest book published by Legend Press on the 15 October 2019. Jane loves to hear from readers and writers. Visit her website at.