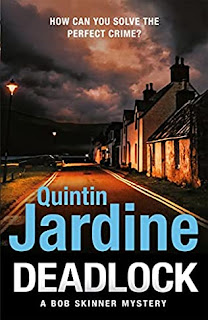 The story opens with Sir Robert Morgan Skinner, a former head of the Scottish national police service, coping with Covid – he and his wife Sarah have just finished a period of self-isolation.  Bob has settled into his life after the Police service and enjoys his role as a member of the Board of Intermedia and Chair of its UK subsidiary.  Xavier, who owns the company, asks Bob to take over temporarily as Chair of the main Board – Xavier’s wife has just died (Covid-related) and he needs time to make decisions about the future of both the company and himself.  After some consideration, Bob agrees, appreciating the additional salary and perks.

In response to an invitation from a neighbour, Bob still finds time to join his village’s resilience group.  This aims to help local people needing assistance, and he takes his role of visitor seriously.  But concerns are raised when three of the vulnerable villagers on his rota are found dead in their homes.  And then he hears that a headless body has been found in Glasgow - the security services are interested and one of his ex-colleagues (now a friend) is a suspect.

So, Bob has a lot to occupy his thoughts.  As well as a company to oversee, he is worried about the local deaths which may or may not be mysterious.  His relationships with his former colleagues in the police have become confused and contradictory and he is, of course, concerned about his friend’s precarious position.  The multiple strands of the story are deftly manipulated and the local and the national cases provide an interesting contrast – one is obviously a murder, but the others??  Bob Skinner effortlessly dominates the action – his experience and authority make him a difficult man to ignore, even when he has a low profile. This is a well-paced novel which holds the interest to the end.

As this is the 35th Bob Skinner novel, there is a great deal of history, so new readers might want to start at the beginning, but the story does work as a stand-alone.

Other books by this author:  apart from the Bob Skinner series, which starts with Skinner’s Rules, Quentin Jardine has written two other series:  the Primavera Blackstone series and the Oz Blackstone series, and some stand-alone novels.
-----
Reviewer: Jo Hesslewood

Quintin Jardine ditched a token attempt to study law for more interesting careers in journalism, government propaganda, and political spin-doctoring. He moved into media relations consultancy, before realising that all along he had been training to become a crime writer. Now, forty novels later, he never looks back. He can be tracked down through his blog: 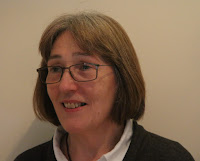 Jo Hesslewood.  Crime fiction has been my favourite reading material since as a teenager I first spotted Agatha Christie on the library bookshelves.  For twenty-five years the commute to and from London provided plenty of reading time.  I am fortunate to live in Cambridge, where my local crime fiction book club, Crimecrackers, meets at Heffers Bookshop .  I enjoy attending crime fiction events and currently organise events for the Margery Allingham Society.
Posted by Lizzie at 14:14