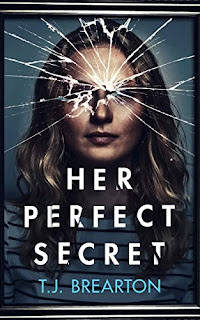 There are few jobs in which professional ethics are as important as in psychotherapy. The therapist is not only bound to maintain the patient’s confidentiality; she or she must also strive to avoid any situation in which personal bias might influence the direction the treatment might take.

Emily and Paul Lindman’s intractable daughter invades their peaceful vacation with a new fiancé whom Emily is convinced she treated for memory issues years before. As a small child he witnessed a horrific crime, and the police needed her to unpick the series of conflicting accounts he had given them. But now he is about to become part of the family, helping him to regain the memories of that time which he appears to have blanked out is definitely not an option. Except...

She does try to help him, of course, and in the process involves her entire family in a tangled web of  police corruption, miscarriage of justice, and eventually death and destruction and a whole lot more besides.

Most of the action takes place around the Lindmans’ enviable holiday home on the quiet, idyllic banks of Lake Placid in northern New York state. This almost tactile sense of place is the novel’s greatest strength; the glorious environment and beautiful weather are so well realized they almost become an extra character, and form an effective and potent counterpoint to the turmoil that is stirred up.

The characters are sharp and distinctive too: Joni the rebellious daughter, laid-back son Sean, edgy husband Paul, and of course Michael the charming but possibly disturbed fiancé, and Emily herself, normally calm but thrown off balance by memories and events which threaten to spiral out of her control and rake up a well buried past. A host of minor players, too, are memorable and well drawn.

The action begins at a leisurely pace and slowly gathers momentum, until skeletons come tumbling pell-mell out of the cupboard and the story suddenly becomes a rollercoaster ride. It’s one of those books which takes you by surprise; the clues are there, but they’re well concealed under a wealth of misdirection.

If you enjoy a good psychological thriller with a helping of violence and a lot of tangled threads, Her Perfect Secret will certainly appeal to you.
------
Reviewer: Lynne Patrick

T.J. Brearton is the Amazon best-selling author of Habit, a crime thriller set in upstate, NY, and Survivors, the second book in the Titan Trilogy. He is the author of Highwater, a supernatural crime thriller, his latest novel to be published by Joffe Books, based in London. He lives in the Adirondacks, USA, with his wife and three children and can be found at tjbrearton.com