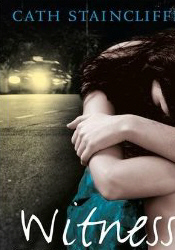 When Danny Macateer is shot on a Sunday morning in Hulme, it dramatically effect’s the lives of four people. Four people who saw, and were inadvertently involved in something they would most certainly have preferred not to have witnessed.

First on the scene is Fiona a midwife, she heard the shot from inside her home and rushing to Danny’s aid tried her best to save his life. Now she is haunted by the memory and the metallic smell which she can’t seem to get rid of, no matter what she does. Now plagued by panic attacks she is constantly in fear.

For single mother Cheryl, it’s too close, she recognises the car and the killer, but he also knows her.

Mike a delivery man is driving past and sees the actual shooting, he calls an ambulance, but dealing with the police he’s missed nine deliveries. His boss is on his back and when he tells his wife, she freaks out and tells him he must say nothing of what he saw, or their lives will be in danger.

Homeless man Zak is just looking the wrong way at the wrong time.  Living nowhere wandering the streets Zak is vulnerable – would he be safer telling the police what he saw?

Several people know who shot Danny Macateer, but will they have the courage to speak out. This is a heart-searing story as we follow the lives of these four people caught up in abnormal circumstances.

Brilliantly crafted, a traumatic story in which any one of us could find ourselves involved. No matter how good a citizen we are, do we have the courage to do the right thing and in doing so put ourselves, and those we love at risk.  Will the witnesses come forward and withstand the pressure of giving evidence?
-----
Reviewer: Lizzie Hayes 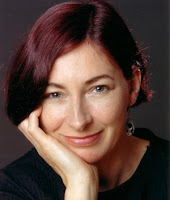 Cath Staincliffe was brought up in Bradford and hoped to become an entomologist (insects) then a trapeze artist before settling on acting at the age of eight. She graduated from Birmingham University with a Drama and Theatre Arts degree and moved to work as a community artist in Manchester where she now lives with her family. Looking for Trouble, published in 1994, launched private eye Sal, a single parent struggling to juggle work and home, onto Manchester’s mean streets. It was serialised on BBC Radio 4, Woman’s Hour and awarded Le Masque de l’Année in France.  Cath has published a further seven Sal Kilkenny mysteries. Cath is also a scriptwriter, creator of ITV’s hit police series, Blue Murder, which ran for five series from 2003 – 2009 starring Caroline Quentin as DCI Janine Lewis. Cath writes for radio and created the Legacy drama series which features a chalk-and-cheese, brother and sister duo of heir hunters whose searches take them into the past lives of families torn apart by events. Trio, a stand-alone novel, moved away from crime to explore adoption and growing up in the 1960s. Cath’s own story, of tracing and being re-united with her Irish birth family and her seven brothers and sisters, featured in the television documentary Finding Cath from RTE. Cath is a founder member of Murder Squad, a virtual collective of northern crime writers. She is an avid reader and likes hill-walking, messing about in the garden and dancing (with far more enthusiasm than grace).