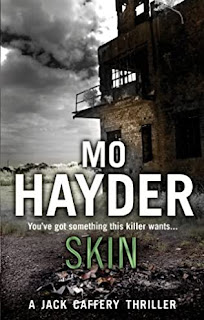 Police Diver Sergeant Flea Marley of Avon and Somerset’s water research unit is diving in quarry number eight looking for the body of Lucy Mahoney who has been missing for three days. But the Major Crime Investigation Unit is busy turning the county of Somerset upside down trying to find celebrity Misty Kitson who has also vanished.

DI Jack Caffery, although part of the MCIU, is less concerned with finding Misty Kitson than harking back to his last investigation (Ritual). Going back over the events of this previous case he becomes convinced that someone predatory has slipped through his fingers.  Someone who is adept at hiding himself and can slip in and out of houses undetected.

There is an attraction between Caffery and Flea, but both have troubled pasts, and both are reluctant to take that first step. Then Flea makes a horrifying discovery which changes everything. As she tries to deal with the problem, she places herself in an untenable position.

This is the second novel in the ‘Walking Man’series. When I finished Mo Hayder’s last book Ritual, although I recognised it as an amazing book, I did decide not to read the next one – not because it wasn’t an excellent mystery, but I find the graphic narrative difficult. And although I can accept that the world does have a percentage of dysfunctional people, to have them all concentrated in Somerset seems hard on what is a rather lovely county. However, when the book arrived, I immediately sat down and read it. Maybe my optimistic nature was hoping that a normal person might have crept into the story, but I was wrong.

There is no doubt that Mo Hayder writes a gripping story, and I am not giving anything away when I say that the killer wants ‘skin’. I am also not sure if I needed to know that if you skin a human, their skin spread out covers an area of just under two square metres.

The book has a surprising ending, and despite the often-terrifying descriptive narrative, I know I will read the next one.
-------
Reviewer: Lizzie Hayes
Other books featuring DI Jack Caffrey are Bird and Treatment and also featuring Flea Marley is Ritual. 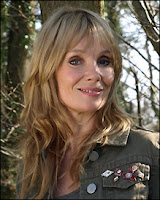 Mo Hayder (January1962- July 2021) was born Clare Damaris Bastin, pen names Mo Hayder and Theo Clare. She left school at fifteen, and worked as a barmaid, security guard, film-maker, an actress and model under the name of Candy Davis, a hostess in a Tokyo club, educational administrator and a teacher of English as a foreign Creative Writing from Bath Spa University. She is the author of ten novels. She died at the age of 59 after being diagnosed with motor neurone disease. She is survived by her daughter, Lotte, and her husband, Bob.