‘The Murder Stone’ by Louise Penny 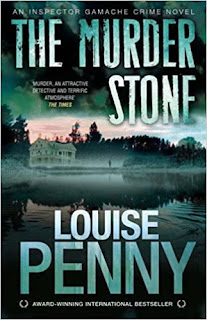 Chief Inspector Armand Gamache and his wife Reine-Marie are staying at Manoir Bellechasse, an isolated lodge in the Canadian wilderness by a lake in Quebec not too far from the village of Three Pines. Armand and Reine-Marie have returned every summer to the Manoir Bellechasse to retreat from the world and begin anew. This year their visit has coincided with a family reunion – the family Finney have taken most of the rooms.  Armand Gamache, studying them, finds them rather odd.

This is the third book in a row that I have read that has centred around dysfunctional families; I am beginning to wonder if there is any normality left in the world. Mr Finney is not actually the father of Thomas, Marianna or Julia Martin who has joined them this year after an absence of many years. A further son is to join them who proves a surprise to Armand Gamache. But most odd is Marianna’s eight-year-old child ‘Bean’ – no member of the family or does the reader know Bean’s gender!

The point of the reunion is to pay tribute to the children’s real father. With the temperature rising the family’s bitter past rivalries surface, and during a storm boil over leaving a dead body in their wake.

As Gamache takes charge and his team arrive, the suspects mount up. For not only do the family have a web of secrets and deceits, but so too do the hotel staff. And so Gamache starts sifting through the lives of the suspects with some surprising results.

This is the fourth book in the series featuring CI Armand Gamache, but the first one that takes place out of the village of Three Pines.
-----
Reviewer: Lizzie Hayes
Earlier books in the series are Still Life, Dead Cold, The Cruellest Month. 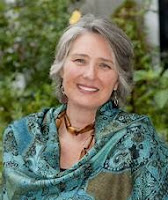 Louise Penny  was born in Toronto in 1958 and became a journalist and radio host with the Canadian Broadcasting Corporation, specializing in hard news and current affairs. Her first job was in Toronto and then moved to Thunder Bay at the far tip of Lake Superior, in Ontario. Louise had always dreamed of writing and says, ‘Her husband’support allowed her to quit work to write’.The Chief Inspector Gamache books have found a world-wide audience, won awards and ended up on bestseller lists including the New York Times’. Louise says Gamache was inspired by her husband, a kindly, thoughtful, generous man of courage and integrity. She lives outside a small village south of Montreal, quite close to the American border.
http://www.louisepenny.com/
Posted by Lizzie at 19:07