‘The Burden of Doubt’ by Angela Dracup 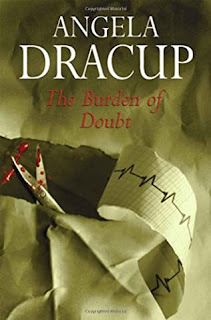 When DCI Ed Swift is called to investigate the death of Dr Moira Farrell discovered in her home by the Merry Maid cleaners, stabbed to death, the first to fall under suspicion is her husband Professor Patel who was attending a conference in Lancaster, but cannot be located by the hotel and his mobile is switched off. Missing?

As the investigation proceeds more suspects appear, Moira’s stepmother is shocked by Moira’s death, but not grief-stricken and she has no alibi.  Then at the press-conference a young journalist suggests that all was not well with staff relationships at the hospital where Moira worked as an anaesthetist. And so, the net of suspects increases, especially when professional incompetence is thrown into the net. But the department closes ranks leaving Ed Swift’s team to do a lot of digging.

On a personal level, Ed Swift is concerned about his daughter who is having a brush with the law and seems to have got herself into a less than sensible relationship. Detective Constable Laura Ferguson has just had a one-night stand and is hazy about the details – does she need to go for the morning after pill?

And then a really good suspect comes to light and the team are off and running.  This is a great traditional ‘whodunnit’ – I love them. Recommended.
------
Reviewer: Lizzie Hayes 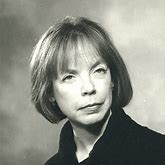 Angela Dracup was born and educated in Bradford. She read psychology at Sheffield and Manchester universities. She had a life-time career as an educational psychologist, advising on the needs of children with learning and behavioural difficulties. In addition to her writing, Angela enjoyed spending time with family and friends, listening to BBC Radio 3, reading fiction and going for long walks with her dog of the moment. She was married with one daughter and lived in Harrogate, North Yorkshire. Angela passed away in November 2013, following a short illness.