‘I Shot the Devil’ by Ruth McIver 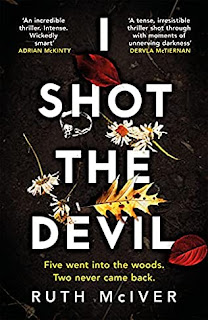 “Now I realised, Southport had been coming for me all this time.”

In 1994, two teenage boys were violently killed in woodland just outside Southport, Long Island. Locals suggested that the boys and their friends, known for their unsavoury and often wild behaviour, had been participating in a drug-fuelled, satanic ritual.  The subsequent enquiry moved fast, a third young man was charged with murder, and the case of “The Southport Three” soon faded from the front pages. For the youngsters who had been present on that fateful night, however, the memories will never fade away.

Erin Sloane was one of these troubled teenagers, she had dated a couple of the boys in the group and still bears the scars. After the shocking deaths of her friends, Erin moved to Brooklyn to sort out her life and eventually busied herself working as a writer.  Recently, though, Erin’s father Raymond Paul Sloane, a retired police detective, has succumbed to Alzheimer’s and she moves back to care for him. Father and daughter share a bungalow that lies a thirty-minute drive from Southport, enough distance to provide Erin with a “geographical and psychic buffer” that protects her from the past.

The aspiring journalist writes copy for a variety of employers, but its joyless, formulaic process is unfulfilling. Her real passion is investigative journalism and Erin relishes the opportunity to write occasional pieces for a monthly magazine called Inside Island.  Her ambition is to work full-time for the publication so, when her editor, Denise, arranges a meet-up and offers her the chance to cover a story that several other writers are itching to get their hands on, Erin is thrilled. When it transpires that the story is about the 1994 Southport murder, Erin realises that at last her past has caught up with her.  As she begins to delve into her history, Erin must relive episodes from her misspent youth and open wounds that had never really healed. All too soon, however, she realises that the present is even more dangerous than the past.

Ruth McIver’s debut novel thrills and disturbs as the author describes the torture of teenage relationships and the speed with which they can turn very nasty. The character of Erin is depicted with empathy and precision.  The flawed young woman has not yet fully rehabilitated herself but her honesty and determination to see the story through was impressive and I was with her all the way. As she tracks down her former friends, it is hard to know who of the survivors to trust.  Their accounts of what happened that night in the woods do not always ring true and this increases tension as the fast-moving plot progresses.

I Shot the Devil is an unsettling and scintillating page-turner. I was hooked from the beginning right through to the delicious, devasting and unexpected ending.  Highly recommended.
------
Reviewer: Dot Marshall-Gent 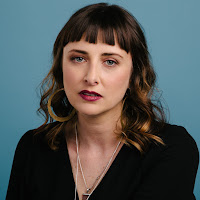 Ruth McIver is a Dublin-born, and based in Melbourne, Australia. In 2019 Ruth completed her PhD in the field of true-crime inspired fiction with Curtin University. Her unpublished manuscript, Nothing Gold, was runner-up in the inaugural Banjo Prize (2018) and was one of seven manuscripts selected to be pitched at Bloody Scotland Crime Writing Festival (2014). I Shot the Devil is her debut novel and won the 2018 Richell Prize for Emerging Writers. 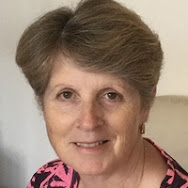 Dot Marshall-Gent  worked in the emergency services for twenty years first as a police officer, then as a paramedic and finally as a fire control officer before graduating from King’s College, London as a teacher of English in her mid-forties.  She completed a M.A. in Special and Inclusive Education at the Institute of Education, London and now teaches part-time and writes mainly about educational issues.  Dot sings jazz and country music and plays guitar, banjo and piano as we
Posted by Lizzie at 15:37