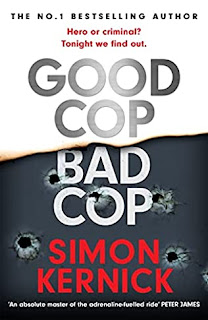 A Doctor Ralph Teller has brought ex-policeman Chris Sketty to his house with threats of exposing a past case Sketty was involved in with all its deadly details unless Sketty tells him his side of it. The Doctor’s wife was killed and Sketty was injured, quite badly during the incident. We then go back fifteen years as he unfolds his story.

It all started when he worked for SO11 – The Organised Crime Branch. Since his young daughter’s death, he had been known as “Bonkers Skerry” as he always rushed in on any action with complete disregard for his safety. He was approached by a Detective Chief Inspector Marina Reineke of Counter Terrorism to work for them undercover and investigate someone with the alias Kalian Roman who is thought to be behind several terrorist attacks. They also want to know where he gets all the firepower from.

An officer working for the “Gang Intelligence Unit” is suspected of being an informer for Roman. His name is Detective Barry Cleaver. The unit’s job is to clear up violent gang related crimes. Sketty agrees to go undercover and a Rose Bennett issues him with a watch with an audio recorder and camera.

Things go quite smoothly without him finding any evidence against Cleaver. However, he wonders what he has got himself into when he is coerced into helping Cleaver get the truth out of a suspected paedophile, using unnecessary force. He has to go along with it as he wants Cleaver to trust him.

One evening over a curry Sketty agrees to join Cleaver and the people wanting to change things and take the law into their own hands. It is all recorded on his watch.

However, things get worse, Sketty finds himself involved in a murder, but keeps this quiet from Rose Bennett.

Having proved himself he is now given another job – driving a certain dangerous suspect and two others to pick up firearms and explosives. Sketty reports to Reineke who devises a plan which doesn’t involve him driving, but he still accompanies the team.  But it turns into a disaster and the result is ten people are killed and Sketty is crippled for life.

Fourteen years pass and then a journalist approaches Sketty wanting to know his involvement. So now we learn more details of the terrible events of that night and the aftermath.

It becomes clear that Roman is involved and is blackmailing some very highly placed members of society. He is intent on destroying Great Britain from within. Can he be stopped? Who actually is he? Suspicion falls on one person after another with many surprises and can we even believe all that Chris Sketty has to say?

Well, this is the book to keep you on the edge of your seat. It is so well written that it’s enough to make the reader gasp at every new revelation and turn of events.  Simon Kernick has done it once more. A thoroughly intriguing and highly recommended read.
------
Reviewer: Tricia Chappell 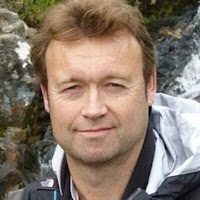 Simon Kernick is one of Britain's most exciting new thriller writers. He arrived on the crime writing scene with his highly acclaimed debut novel The Business of Dying, the story of a corrupt cop moonlighting as a hitman. However, Simon's big breakthrough came with his novel Relentless which was selected by Richard and Judy for their Recommended Summer Reads promotion, and then rapidly went on to become the bestselling thriller of 2007. Simon's research is what makes his thrillers so authentic. He talks both on and off the record to members of Special Branch, the Anti-Terrorist Branch and the Serious and Organised Crime Agency, so he gets to hear first-hand what actually happens in the dark and murky underbelly of UK crime. To find out more about Simon Kernick and his thrillers, please