Detectives of the Golden Age 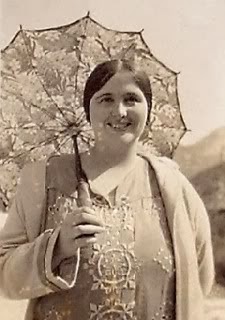 Patricia Wentworth was the pen name of Dora Amy Elles Dillon Turnbull.  She was the daughter of a Lieutenant-General and was born in India, where she spent much of her early life, although for a few years she was educated at a school for girls in London.  On her return to India she published her first work and married Lieutenant Colonel George Dillon and remained in India until 1906 when her husband died.  She returned to England as a widow and started to write under the pen name Patricia Wentworth.  Her first novel, A Marriage Under the Terror was published in 1910 and was a historical romance set in the French Revolution.  It was very successful and gained Patricia Wentworth the Melrose Prize for a best first novel.  Also in 1910 she married again and settled in Camberley, Surrey.

For several years Patricia Wentworth wrote romantic fiction but it seems probable she realised that the public was eager for crime fiction and turned her mind to that.  Agatha Christie was enjoying great success with her Poirot novels and Dorothy L. Sayers had already published three Peter Wimsey stories.  In 1928 Wentworth published Grey Mask, featuring governess-turned-private detective, Miss Maud Silver.  This was the first of thirty-two crime novels featuring Miss Silver, a most unusual detective even in that Golden Age of eccentric sleuths.  Miss Silver had been a governess, resigned to a life of genteel poverty until her detective ability provided her with moderate affluence.  Prim, dowdy and addicted to quoting the poetry of Alfred, Lord Tennyson, nevertheless Miss Silver has shrewdness, quick wits and courage.  She also has the ability from her days in charge of a schoolroom, to freeze the most thick-skinned individual with one look.  This is beautifully described in Spotlight, where a shop manager has the temerity to question her truthfulness: 'Miss Silver turned upon him the look before which the hardiest of her pupils had been wont to quail.  It was a look that daunted the evil-doer on many an occasion… It went right through the manager's self-esteem and stripped him to his bare bones.'  Miss Silver often works with Scotland Yard, usually with Detective Chief Inspector Lamb and Detective Inspector Frank Abbott, one of her most ardent admirers.  True to her romantic novelist origins, Wentworth always has at least one young couple whose lives and love are endangered and whom Miss Silver rescues by solving the crime.

Many of the Miss Silver books are back in print and are an enjoyable read for anyone who likes to relax with gentle, Golden Age, crime fiction.  Wentworth sets several of the books in and just after the Second World War and her background descriptions of life at that time make fascinating reading.

It is sometimes assumed that Miss Silver is a copy of Agatha Christie's Miss Marple.  However Christie had only published one Miss Marple short story before Wentworth published the first Miss Silver book.  The first Miss Marple book, The Murder at the Vicarage was published a year after Grey Mask, and Christie did not write
another full-length Miss Marple novel until the 1940s.  Unlike Miss Marple, who discovers crimes by chance and solves them by drawing parallels to people she has met in her village, Miss Silver is a professional
investigator who observes and deduces and the Scotland Yard detectives she works with are intelligent and
usually willing to accept her advice.  However both Miss Silver and Miss Marple have one thing in common, they both approach the investigation of crime armed with knitting needles and wool, ready to knit their way through another tricky whodunit.
----- 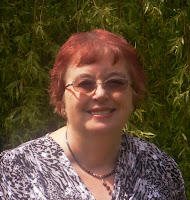